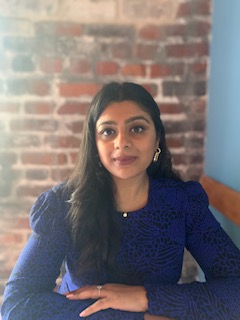 I grew up watching Bollywood. I lived for the rom-com storylines, the clandestine kiss on the forehead, and the mini-musicals during the three-hour film. I wanted to grow up to be the next Priyanka Chopra or the iconic Kajol and marry a man who would run through a yellow mustard field in a small town in Punjab to profess his love for me. Over time, I realized that Bollywood is more than just the unrealistic love stories that many are used to watching on the big screen — and today, movies and TV shows ranging from Netflix’s Tribhanga to Indian Matchmaker, Family Karma, and beyond show just how many South Asian stories are still out there to be told.

Slowly, Bollywood has made its mark into the screens and laptops of non-South Asian viewers by appealing to issues that are both universal yet still largely impact the South Asian community. For a South Asian woman like me, it’s been empowering to see those who share the same skin tone not only break in, but succeed in a difficult industry.

Thanks to the never-ending pandemic lockdown, I’ve had loads of time to watch a great deal of television, and I’ve found myself immersed in watching shows and movies that really capture South Asian communities: the nuances in tone and culture, the ways in which the main actors and actresses dress, what food(s) they eat, what music they listen to, and notably what issues they face in their daily lives. The Bollywood revolution is coming, and you’re going to want a front-row seat.

Read on for the most entertaining and powerful new TV series and movies that take a look at South Asian culture, from big Indian weddings to quiet family dramas and more.

A version of this article was previously published in February 2021.