Russell Brand knows exactly what caused the demise of his marriage to Katy Perry, but it’s not going to stop him from thinking about marrying again. 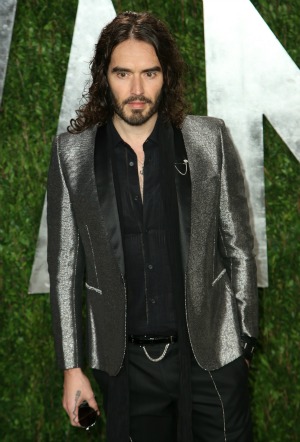 He might have a reputation as a ladies’ man, but Russell Brand truly wants to love just one woman for the rest of his life. In the August issue of Esquire U.K., the comedian reveals his opinion on what happened in his marriage to Katy Perry and why he would like to do it again.

Brand had a lot of positive things to say about his former wife and the life they shared together.

The couple married in October 2010 in India, but the marriage only lasted a short 14 months. Brand admits they were at different points in their lives on both a personal and professional level.

He explained their issue as a couple, “Some of it’s the fame, but I think getting married is … you’ve got a whole other person that you’ve got to make as important as you!”

Even with the failure of his marriage to Perry, he’s not ruling out another trip down the aisle. However, he knows he has a bad boy reputation out there in the dating world.

He referenced his appetite for sex saying, “I’ve given over too much of my life to its pursuit. And I’ve probably harmed other people, by being selfish. And really, I’d like to be married. I’m just not transmitting that frequency of ‘Soulmate! Soulmate!’ I’m transmitting the frequency of ‘Mmm!'”

Perhaps the next Mrs. Russell Brand will want both the soulmate and the “Mmm.”