Demi Lovato is showing young adults that a comeback from depression and other issues is possible with support, therapy and love. 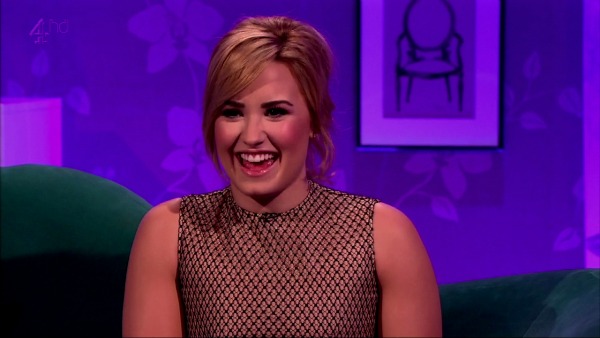 With Wednesday’s news of Paris Jackson’s suicide attempt, a recent Rolling Stone interview with Demi Lovato is bringing to light some of the issues young celebrities face. The X Factor judge shared her own troubled story with the music magazine.

The article focuses in on Lovato’s struggles with depression and how it started at a young age for the child star.

She revealed to Rolling Stone, “The principal called my parents and made me sign this suicide contract saying that I would not kill myself. They weren’t expecting that so young.”

Lovato was thrust into the spotlight when she was seven years old as one of the cast members of Barney & Friends. Those demons became even stronger as she grew up and eventually manifested into body and self-esteem issues.

By the time the Disney star was a full-blown celebrity, those troubles caught up with her and in October 2010 she got into a fistfight with one of her backup dancers. The meltdown resulted in a trip to rehab, a move that was supported by her family.

The “Give Your Heart a Break” singer told the magazine, “Celebrities do have luxurious options, but my parents were like, ‘No, you’re going to learn something.'”

While in rehab she was finally given a proper diagnosis and learned that she was bipolar in addition to her bulimia and cutting issues. Her road to recovery has been a long journey and it has included a stay in a sober-living house. However, being open about it was the right choice for Lovato.

She shared, “My parents were like, ‘You have two choices. We can either just shut it down and not talk about it, or you can tell people what’s up.’ There was no hesitation, really. I opened up that gate.”

That positive attitude has resulted in a career comeback for the 20-year-old, including a platinum album, Heart Attack, and a second season as a judge on The X Factor.