Blake Shelton turns 37 on June 18! We love the country crooner, but we didn’t always love his hair. In honor of his birthday, we’re taking a walk down memory lane to check out how his hair went from a “business in the front, party in the back” mullet to the luscious mop it is today. 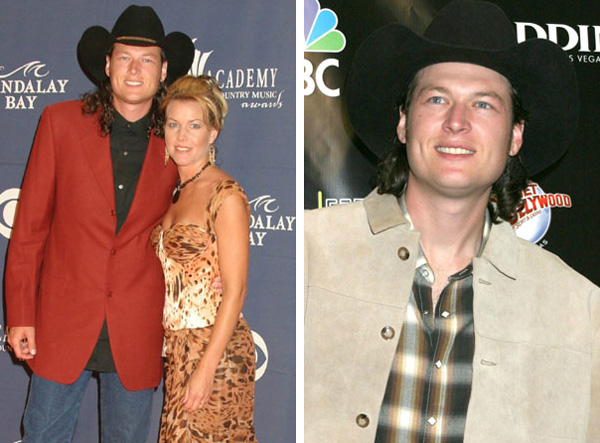 Oklahoma native Blake Shelton landed on the music scene in the early ’00s with hits like “Austin” and “Ol’ Red,” but all anyone really wanted to talk about was his curly mullet. The singer was adamant that he was going to keep his trademark long curls forever just to make people mad.

“I choose to keep my hair long because it has been long since I was 12 years old,” he told CMT in 2003. “It doesn’t matter to me what other people do with their hair, and I do not think they’re interested in how I wear my hair. Basically, it has gotten to the point where it’s just a matter of pride. And I know it looks like crap, but it’s just more fun to me to irritate people than cut my hair to satisfy them.”

Things suddenly changed around 2006 when he went for a cropped ‘do under his cowboy hat. We wonder if now-wife Miranda Lambert had something to do with it since they started dating about the same time. We’re eternally grateful for your help with this, Miranda!

That’s not to say he always gets it right, though. Sometimes he hides all that great hair under a baseball cap — and other times he gets a little heavy-handed on the gel. Still, what 37-year-old guy do you know who has such an amazing head of thick, curly strands? We’d love to run our hands through it, but Miranda knows her way around a gun and we’d rather not make her mad. 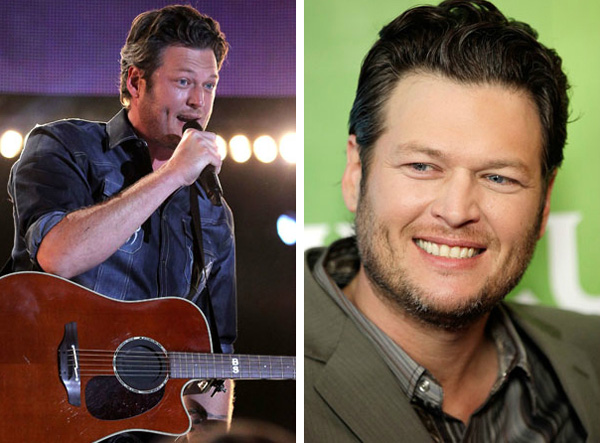 Blake’s good hair days outnumber the bad ones now — and we love, love, love the salt-and-pepper streaks he’s sporting as of late. Thanks, Blake: We totally appreciate the (sexy) view!

Do you like Blake Shelton with short hair, or do you miss the mullet? Sound off below!

Happy b-day, Johnny Depp! A look at his accessories over the years
Kate Upton turns 21! 15 Of her most sophisticated photos
Happy b-day, Prince! His most shocking moments