Being chased by the paparazzi is normal when you are a celebrity, but Nicole Richie decided to turn the tables on one badly behaved photographer. 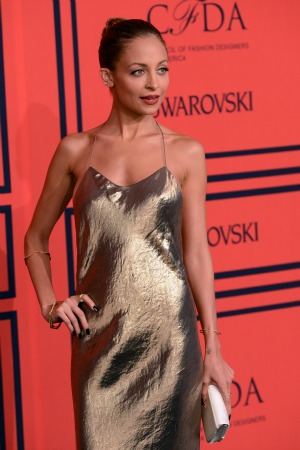 Sometimes you just have to take matters into your own hands. That’s exactly what Nicole Richie did after being stalked by a paparazzo on a flight from New York to Los Angeles.

After spending some time in Manhattan for the Council of Fashion Designers of America Awards, the Fashion Star mentor headed home to her family when she noticed a paparazzo taking the same flight. The mother-of-two decided to turn the tables on the photographer and take a photo of what he did upon landing on the West Coast.

Richie then posted a collage of the photos with a description of the events to her followers on Instagram.

She wrote, “This paparazzi dragged his poor, sweet little girl on my plane from NYC to LA. As he ran her off the plane, he dropped her ON THE FLOOR of LAX as she laid there, crying her eyes out.. Just to get his shot. #Heartbreaking #FatherOfTheYear.”

The photo shows the father and daughter walking towards a bench by security with the final blurry photo displaying the little girl on the floor of the airport while her dad aimed the lens at Richie.

The issues between celebrities and the paparazzi are nothing new, especially in Los Angeles. While it seems to come with the territory of fame, it does come at a price for some.

Recently, Kanye West banged his head right into a street sign while trying to avoid photographers and Alec Baldwin’s legendary temper regularly gets him in trouble with paparazzi. 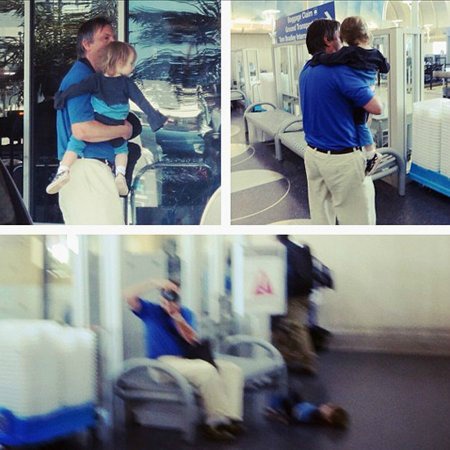 However, there is little the celebrities can do to protect themselves and their families in the U.S. This is one of the reasons Halle Berry wanted to move with her daughter Nahla to France where the stalking laws for photographers are much stricter than in the States.

The public seems to agree with the way Richie handled the airport situation. The photo generated over 18,000 likes and a lot of supportive comments from her fans.

The photographer hasn’t been identified and his photos of Richie haven’t turned up in any publication yet. Perhaps Richie’s public shaming on the social media site sent the paparazzo into hiding.