Pretty Little Liars actress Tammin Sursok is pregnant! The star shared a series of tweets announcing the baby news, including one fans will surely want to hear. 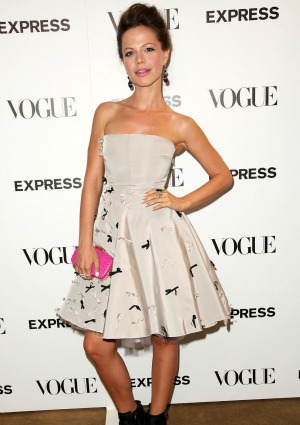 Just in case the image didn’t get the message all the way across, the 29-year-old wrote, “And THIS happened #pll #positive #baby #pregnant.”

The baby will be the first for Tammin Sursok and husband Sean McEwen, who exchanged vows in Florence, Italy, in late summer of 2011.

“I feel so blessed to be married to my husband. He is the most unselfish man I know,” the woman known to many as Jenna Marshall gushed in a tweet about her spouse just three days before the pregnancy announcement. “I hope I’m half the person he is.”

Giving a hint that she has been experiencing pregnancy cravings, Sursok recently wrote, “#icecream is a food group right?!”

The beauty has been working in Croatia, and by all accounts is loving the experience. Along with proclaiming a seaside spot where she did a photo shoot the “best location,” she exclaimed, “I’m never coming home!”

The entire trip hasn’t been without a few hiccups, however. “Evacuation at 2am from your hotel is not what you’re prepared for,” she wrote while in London in late May. “Everyone is outside in their underwear and not in a sexy way.”

Best wishes go out to Tammin Sursok for an easy pregnancy!