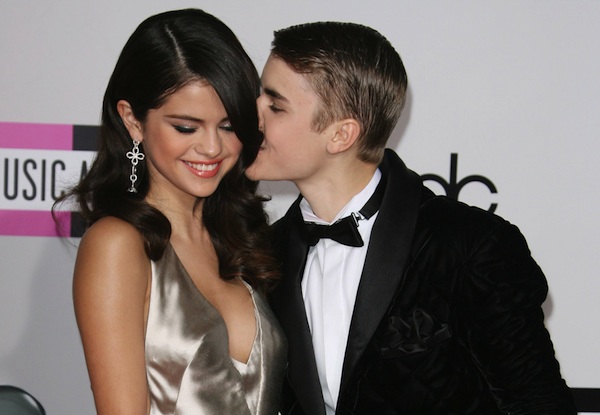 Selena Gomez and Justin Bieber are one of the hottest teen celebrity couples, and continue to enjoy intense media attention since they first came out publicly as dating in 2011 at an ultra-glamorous Oscar bash.

And while Bieber’s career was certainly white-hot in 2011 — Justin’s been a pop superstar since he shot to stardom at 14 years old — Selena Gomez had a relatively small percentage of fans, nearly all of who were connected to her Disney roots. And now, insider sources for the celebrity gossip site Hollywood Life are fueling rumors that Selena Gomez uses Justin Bieber’s fame for her own celebrity status. Could she be that cold?

Give the Biebs a break! In defense of Justin Bieber >>

Their unnamed source claims that Bieber’s on-again, off-again presence in Gomez’s life boosts her career beyond what she could accomplish on her own. “Justin is like the Michael Jackson of our era, so it’s beneficial for her,” said the source the gossip site. “She’s got her own talent, though, she’ll be okay. They do like each other. It’s young love.”

Despite their source’s mention of love and overall general admiration for one each other, the use of the word “beneficial” is a bit cold when describing a romantic relationship — especially one that involves young adults.

Rocky relationships: Selena Gomez and Justin Bieber are back on >>

Selena Gomez has repeatedly broken up with Bieber over the past year for his (alleged) inability to be faithful. Though Justin does seem to have a penchant for Victoria’s Secret models and strippers.

As of today we’re pretty sure Justin Bieber and Selena Gomez are currently not together. Probably, maybe not together.