Many Doctor Who fans (called Whovians) are saying it’s time for a female to assume the role as the Doctor. Here’s a look at some of our top choices! 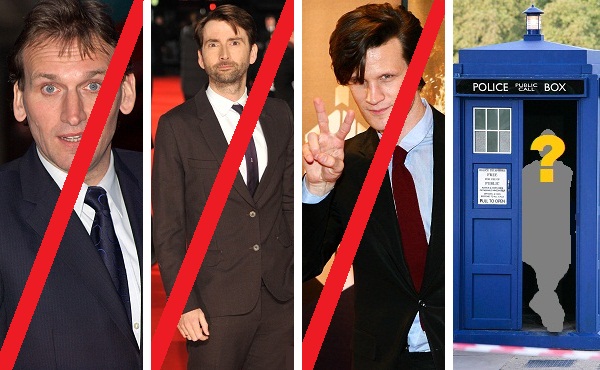 All those modern-girl Whovians know: You always end up with a crush on your first Doctor… and then your second Doctor… and then your third Doctor. Of course, that makes the show a little more fun, right? But isn’t it time for a bit of a change? We hate to see Matt Smith go — but love to watch him walk away — yet we’re giddy about who will come next on Doctor Who. Many fans are even hoping, as Eleven regenerates into Twelve: Maybe it could be a woman!

Last time the Doctor regenerated, he definitely had a little bit of panic in his voice at the thought of being a woman. Here are some women we think are up to the task.

The last two times he’s regenerated, the Doctor has sulked over his lack of ginger-ness. That’s why we think Lily Cole, Bonnie Wright and, yes, Alex Kingston would make for the perfect regeneration. Boobs and red hair? Let’s see how he handles that. 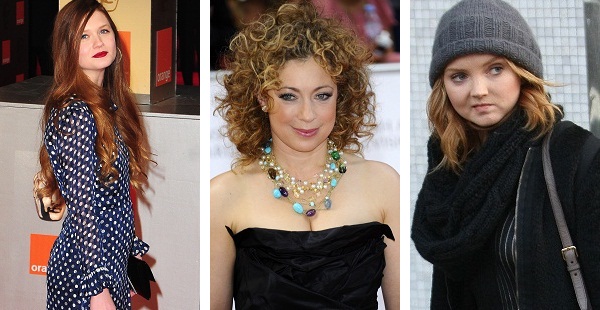 Since the end of Harry Potter, our little Ginny Weasley Potter hasn’t been up to very much. Why not give her a shot at playing the Doctor? One thing is for certain: She should already have her head wrapped around the kind of dark and zany happenings on Who, as she witnessed much of the same on Potter. She’ll have to overcome Ginny’s meekness, though.

Yes, we know Kingston has already been on Who as the Doctor’s wife. But what if River Song was just constantly interrupting her own timeline? We already know how much the Doctor loves himself: “I’m being extremely clever up here and there’s no one to stand around looking impressed.” Maybe River’s birth was all just a dream for Amy?

Cole is, without a doubt, the perfect candidate for the Doctor… at least as far as her background. Her face will be somewhat familiar — she’s even appeared on Who before, as a Siren. But she’s still not insanely popular. She’s a bit young, but one trip to the Who tag on Tumblr will show you: She is the new Who‘s audience. Plus, her face is gorgeous but alien.

The Doctor is nothing if not quirky and kooky. That’s why Helena Bonham Carter continues to come up in talks about who could possibly be the next doctor. Which her, though, are two more girls who have made a name for themselves with their slightly quirky characters: Evanna Lynch and Hannah Murray. 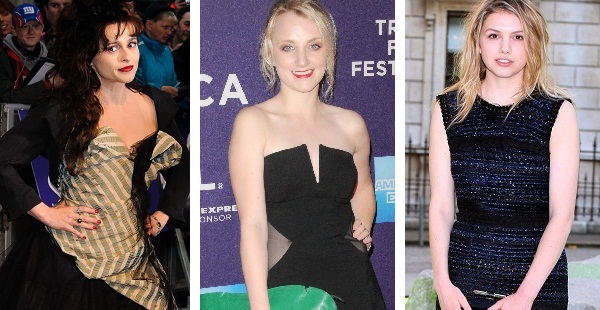 Could Helena Bonham Carter be any more perfect for the Doctor? She’s so incredibly kooky: Remember Bellatrix, from Potter? Not only does she have the airiness of her, but she’s also known to wander down the dark side of life and humor. That’s certainly a road Who‘s been traveling down.

Yes, another Potter actor. What can we say? They know how to cast and since then, their cast has been rather unbooked! Lynch played Luna Lovegood, the epitome of an out-of-this-world, smart but somehow air-headed girl. That’s literally the female version of the Doctor. She’s perfect!

Hannah Murray probably looks mildly familiar. Murray is currently on Game of Thrones, but before that she was on the show Skins. Her character was usually blissed-out on various mood-altering pills, giving her an almost ethereal vibe. Get her fast-talking and we’re on the right track.

Peter Jackson wants to direct an episode of Who >>

Aside from the Doctor always being a male, another significant part of the Doctor Who casting canon has been to pick actors from Great Britain. Here’s the thing: America (and the rest of the world) has some pretty amazing actors and actresses, too. If they’re going to break canon by casting a female Doctor, they might as well try out these American beauties, too: Molly Quinn, Heather Matarazzo and Amy Acker. 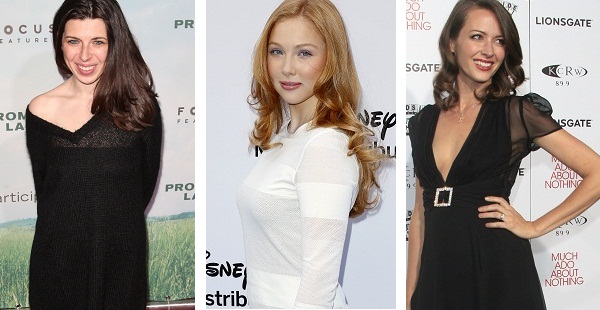 If Matarazzo looks familiar, it’s because you probably grew up thinking of her as the slightly annoying best friend of Princess Mia in Princess Diaries. She’s not famous enough for casting to avoid her, but has worked enough for them to get a sense of her Who-ish personality.

Yes, that’s the daughter from Castle. But she’s not as young as she looks or plays. Quinn is actually in her mid-20s, just like Matt Smith. She’s yet another actress with awesome skill but not tons of credits. Plus, we hear she’s a Star Trek fan! That will go over great.

Acker already knows her way around fantasy and sci-fi: She’s worked on Angel, Grimm and Once Upon a Time. Still, most of her roles have been minor, so she’s not exactly a familiar face. Added bonus: The men who run Doctor Who love a pretty girl and Acker is definitely pretty.

What do you think, Whovians? We’ve seen tons of talk for Emma Watson, but we left her off. As awesome as it would be to see her as the Doctor, we think she’s just too famous to ever be picked. So, what do you think of our choices? Could you swallow Matarazzo’s voice every week? Would an upset involving River as the Doctor be interesting or too unbelievable?

Who’s your vote for the next Galifreyan?

Editor’s note: Alright, alright! I looked up clips on YouTube and saw the Doctor lament over his lack of gingerness. I was so disbelieving, I actually went back and watched the episodes again, too. Eleven’s ginger comment was a little vague. However, nearly eight years ago, Ten was definitely bummed by his brown hair. You win. I apologize. (But, seriously, y’all: Be nice!)