Fresh off a win as Best Actress at the Oscars, Jennifer Lawrence can have any part she wants. But apparently she wants them all. She is filming numerous projects, and just signed on for a new film about a young woman dealing with loss. 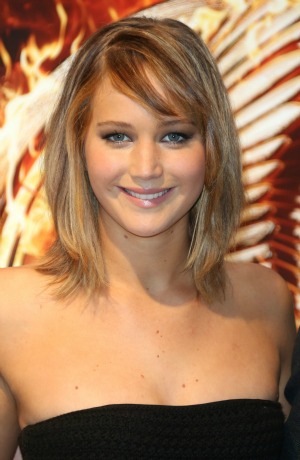 It seems Jennifer Lawrence can do no wrong in Hollywood, and she has just signed on for her latest project. But for this one, she will be adding another title to her name.

Lawrence will star in, and produce, The Rules of Inheritance. The film is based on the book about a young woman faced with a cancer diagnosis in both of her parents.

According to Entertainment Weekly, it follows the story of a girl growing up and dealing with the possible loss of her family. Through the journey of struggling with that loss, she ends up finding herself.

The film is based on the memoir by Claire Bidwell Smith, who wrote it from the eyes of a 14-year-old. It is not clear whether 22-year-old Lawrence will play all ages of the character, but the book follows the life of the character over a seven-year period.

Lawrence has come a long way since The Hunger Games, and for The Rules of Inheritance, will be adding producing stripes. But she won’t be alone. Producer Bruce Cohen, who worked with the actress in Silver Linings Playbook, will be producing by her side. The screenplay is being written by Abi Morgan, who also wrote The Iron Lady.

The director is also a familiar face to Lawrence. Susanne Bier is also directing the actress with her Silver Linings co-star Bradley Cooper right now in the film Serena. Surprisingly, it seems that Lawrence and Cooper are sticking together. They are also starring in the upcoming film American Hustle, along with another Silver Linings Playbook co-star, Robert De Niro.

Lawrence is a hot commodity in Hollywood right now, and is staying busy. She is also filming X-Men: Days of Future’s Past, as well as the much-anticipated The Hunger Games: Catching Fire, which is set to be out Nov. 22.