Though I thought it was an impossible feat to top Wale’s hit “Bad,” bringing in the Barbadian bad girl was the perfect touch to make it even better. 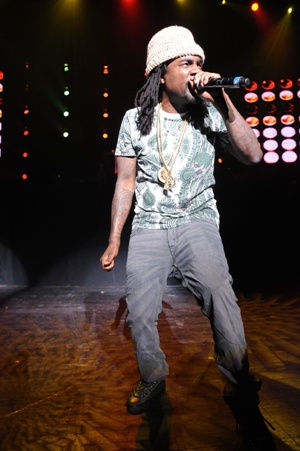 Where were you the first time you heard Wale’s “Bad” single? Where was I? In the car with my mother. My conservative, Christian, Indian mother. Those famous bedspring noises certainly didn’t make it enjoyable for her to listen to.

Awkward. Not a PG-rated sort of song.

So perhaps the first time around I wasn’t able to appreciate the track for all its lustful glory. But when I did actually hear it without feeling beady eyes searing my brain, I fell hard for it. The sexual tension in the song almost makes me feel uncomfortable.

Want some tips to create a more romantic bedroom? >>

Tiara Thomas was the sultry, cooing vocalist that sung the chorus and really drove the song out of the ballpark. I was convinced this song was as close to perfection as possible.

The fact that Wale remixed this song doesn’t mean he didn’t think it was good the way that it was, just that he had another vision for another version of it. Though the song sounds similar, the obvious (and most talked about) difference is the change in female vocals. And I’m sorry to play favorites, but the “Bad” remix featuring Rihanna has got me beaming.

She drops a few fiery lines amongst his rap verses, and her seductive island accent emerges when she sings that chorus. No surprise she knows what she’s doing and saying, since there’s one thing Miss Rihanna is famous for, and that’s how to be a bad girl. 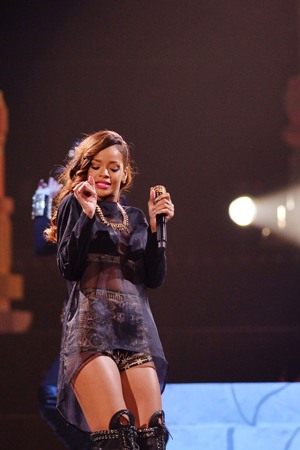 Did you know country stars can be bad girls, too? Find out who they are! >>

After I heard how the remix (in my head) annihilated the competition, I wondered “Is Tiara mad that Rihanna replaced her?”

Catch up on all your celebrity gossip and news by signing up for our newsletter! >>

While I can imagine the rest of the world was teeming with excitement over the remix, Tiara was celebrating a victory of her own ? unrelated to the song. She got signed to Rico Love’s Interscope-backed Division 1, according to MTV (instead of Wale’s The Board Administration).

While we don’t know or care to know the politics behind that, the two collaborators remain supportive of each other and will continue to make music together. So I don’t think she’s losing any sleep.

While Tiara, Wale, and Rihanna are resting easy knowing their neck-deep in success over this track ? the rest of humanity may suffer from an increased heart rate and a baby boom somewhere in the near future. Look out for The Gifted, Wale’s new album that releases on June 25.

How barren is your playlist? Need some new music to quench your musical thirst? Check out these other music reviews: