Suzanne Collins’ The Hunger Games popularized the dystopian genre when it came out a few years ago. Now, there are more wonderful dystopian novels out there than anyone could possibly read. In case you don’t know where to start, we’re sharing five of our favorites, including Joelle Charbonneau’s The Testing series, which is sure to be the next hot thing. 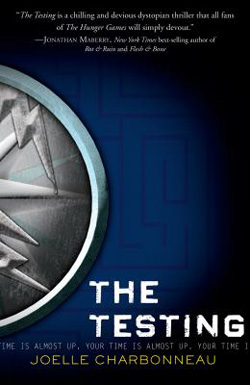 Cia has always wanted to be selected for The Testing and go to University, as her father did. She’s a born engineer, but nobody from the Great Lakes Colony has been selected for The Testing for many years. Cia is lucky, though — an official from Tosu City does visit and selects her and three other graduating students. At least, Cia believes she is lucky, until her father tells her about some of the horrific things he remembers from his own experience with The Testing. As Cia becomes immersed in the world of Tosu City and The Testing, it becomes clear that something is not entirely right in the United Commonwealth, but she is too busy trying to survive her test to find out what exactly is wrong.

Hot YA reads: For Darkness Shows the Stars by Diane Peterfreund >> 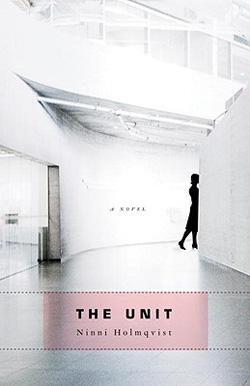 After retirement, many people have a difficult time feeling as if they are contributing to society. In the near-future world of The Unit, the government has solved this problem. Women over 50 and men over 60 who are not doing an important job, raising a family or participating in a loving and committed relationship are sent to a Reserve Bank Unit to become biological material. While the main character, Dorrit, is at the Second Reserve Bank Unit, she will undergo medical and psychological testing and donate organs to more “needed” citizens. Citizens at the unit live a rich and wonderful life — but only for the five or so years before they are called to make a final donation. 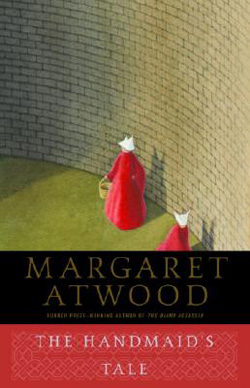 In the near-future Republic of Gilead, women are free “from” (the fear of rape and degradation), even if they are no longer free “to” (do as they wish or, really, do anything). The birth rate has plummeted due to environmental toxins, so the government, which “values” women for their role as givers of life, has reassigned many women to be “handmaids” to men whose wives are childless. Handmaids are meant to bear children for the wives in the same way that Jacob’s wives Leah and Rachel gave children to their husband in the Old Testament. The Handmaid’s Tale hits shockingly close to home these days, and it is an amazingly constructed classic of dystopian literature. If you haven’t yet read it, you must. 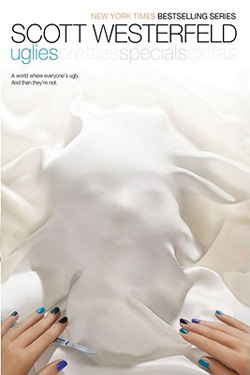 Tally Youngblood is Ugly, but in just a few more weeks, she’ll be Pretty, just like her friends. As soon as she turns 16, she’ll be able to have the surgery and move to New Pretty Town to party with all the other new Pretties. Tally can’t wait to join her best friend, Peris, in New Pretty Town — until she meets Shay, another Ugly who shares her birthday but is not planning to become Pretty. For a book ostensibly about beautiful people, Scott Westerfeld explores a the ramifications of the Pretties’ civilization with a great deal of depth in this first book in the series. Then in the subsequent books, the reader realizes just how dystopian this society really is.

Gameboard of the Gods 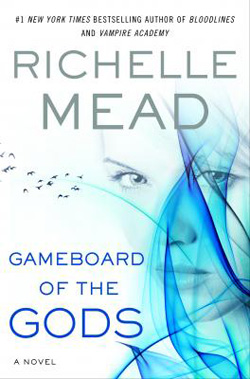 Justin March lives in exile. He used to be an investigator of religious groups and supernatural claims, but he failed. Now he’s being given a second chance, brought back into the Republic of United North America by Mae, an elite member of the military. Together they work to solve a string of ritualistic murders, but the more they discover, the more danger they seem to be in. Humans, it seems, are not as in control of the world as they think. Instead, they are merely pawns in a game with much more powerful players.