Kristen Bell took some time off from her mommy duties to co-host the 2013 CMT Music Awards with Jason Aldean. 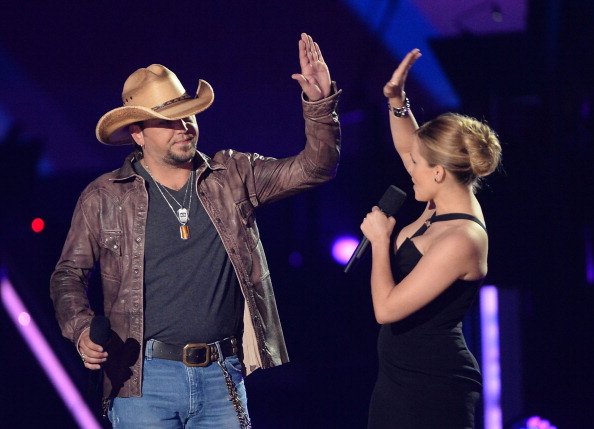 And the show only took off from there.

Bell managed to improvise her way through teleprompter difficulties as Aldean sipped away on various adult beverages. She was the endearing, adorable actress we’ve come to know in films like Forgetting Sarah Marshall and Hit & Run.

Aldean was more subdued than his blond co-host, but he didn’t disappoint his fans with his dry sense of humor and chemistry with Bell.

Will these two re-team again next year? Let’s hope so!

“Apparently, I didn’t disappoint anybody last year, and they almost right away said, ‘Would you ever be interested in doing it again?’ And I said, ‘Absolutely!'” Bell said of agreeing to host the show again.

We’re pulling for the three-peat, Kristen!

How do you think Kristen Bell and Jason Aldean did at hosting the 2013 CMT Music Awards? Sound off in the comments!