The 2013 CMT Music Awards are a little more relaxed than other awards shows, but we’re still not sold on these celeb looks. 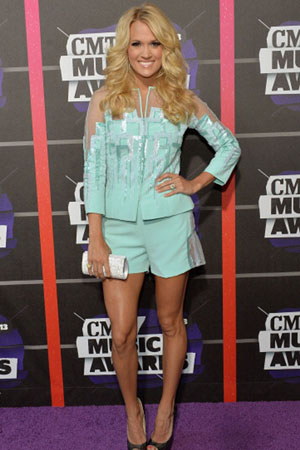 Carrie Underwood usually goes for a glam gown at award shows. Not for the 2013 CMT Music Awards, though. Instead, the Oklahoma native opted for an interesting shorts-and-jacket-combo for the purple carpet. 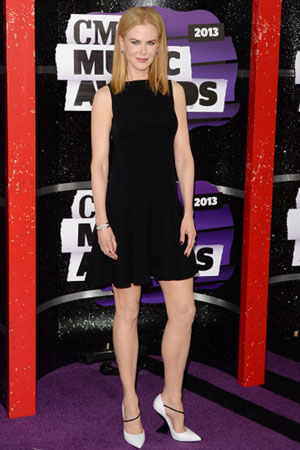 We love Nicole Kidman‘s black mini-dress and white shoes separately. Together? We’re not sold on the combo. 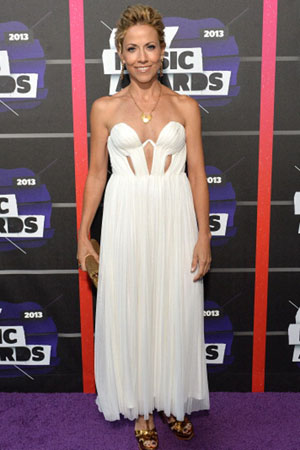 Sheryl Crow has an incredible body, but the cut on her white dress doesn’t show it. 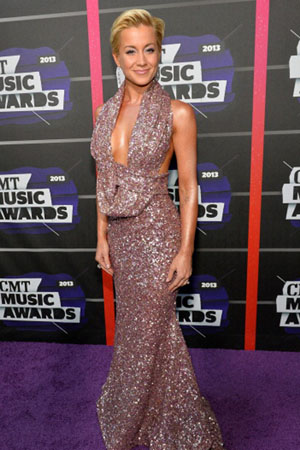 Don’t get us wrong, we love Kellie Pickler‘s floor-length dress, but she’s just asking for a wardrobe malfunction with the strappy top.

Who missed the mark at the 2013 CMT Music Awards? Sound off in the comments below!