Say goodbye to The Borgias. Showtime is giving the series the boot. Today, network boss David Nevins confirmed this season will be its last. 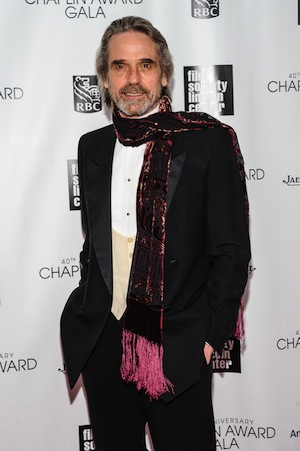 Showtime is losing another one of its veteran series. The Borgias will say goodbye after its current third season. The period drama stars Oscar winner Jeremy Irons and centers on a corrupt, power-hungry family.

Showtime renews The Big C, but there’s a catch! >>

The Borgias will be following in the footsteps of Weeds and The Big C, which recently wrapped its run. According to The Hollywood Reporter, The Borgias was supposed to have a four-season arc similar to its predecessor The Tudors. Unfortunately, it didn’t play out that way.

Up in smoke: Showtime cancels Weeds >>

The cancellation might have something to do with Showtime’s upcoming drama, The Vatican. Like The Borgias, it focuses on religion and politics. Perhaps the network wanted to avoid overkill? Despite the show’s exit, Borgias creator Neil Jordan is proud of what it accomplished.

“I never thought I would make a cable series and have enjoyed every minute of it,” Jordan said in a statement. “For a variety of reasons we won’t be doing a fourth season, but, “The Prince” [the final episode], when I wrote it and shot it, did seem like the end of a journey for the family. Whatever bonded them as a family dies in this episode, and the center of the drama for me was always the family. I want to thank Showtime and David Nevins for their unstinting support over the last three years, and look forward to working with them in the future.“

Over the course of its run, The Borgias received 10 Emmy nominations, plus a Golden Globe nod for Irons. The series averaged 2.4 million viewers.