Emma Watson has one of the hottest careers in Hollywood right now. Instead of hitting a film set, though, she’s headed back to school. 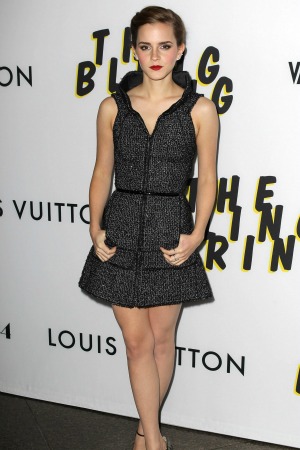 Emma Watson might have just hit one of the most glamorous red carpets at the Cannes Film Festival, but she’s also about to hit the books again. The Bling Ring star is going back to Brown University in the fall.

In a recent interview with Rookiemag.com, the actress talked about why the Ivy League school has been the perfect place to further her education.

She said, “I really like the fact that it has a very open curriculum, that there aren’t any requirements. Really, I’ve kind of been in charge of my own education since I started out on Potter when I was 9 or 10, and I liked that I could design my own major if I wanted to, and I could take independent studies if I wanted to on subjects that weren’t necessarily in the curriculum.”

Emma Watson is inspired by the Kardashians >>

The Harry Potter alum first enrolled in the university in 2009 only to leave in 2011 amid rumors that she had been bullied while a student there. Those rumors turned out to be false; the actress had promotional duties to attend to with the final Harry Potter film.

The 23-year-old was really inspired by some of the classes she took at the school, though Watson knows that particular type of curriculum isn’t for everyone.

Watson shared, “I did an independent study on the psychology and philosophy of how and why we fall in love, which was awesome. Opportunities like that, and the idea of classes being pass/fail, make it sound as if you don’t have to work as hard, but it actually gives you the freedom to try out things that you wouldn’t be able to do if you had to get a certain GPA on your transcript. It lets you take classes that you wouldn’t otherwise.”

One place you won’t find the studious young woman is drunk in the tabloids. She understands the pitfalls of fame and easily avoids that lifestyle.

She added, “It’s interesting, because people say things to me like, ‘It’s really cool that you don’t go out and get drunk all the time and go to clubs,” she said. “…and I’m just like, I mean, I appreciate that, but I’m kind of an introverted kind of person just by nature, it’s not like a conscious choice that I’m making necessarily. It’s genuinely who I am.”

Watson has two films out next week: This is the End with Seth Rogen on June 12 and The Bling Ring on June 14.