Jack White puts his money where his mouth is. The musician helped Detroit’s ailing Masonic Temple get back on its feet. How, you ask? He saved it from an impending foreclosure. 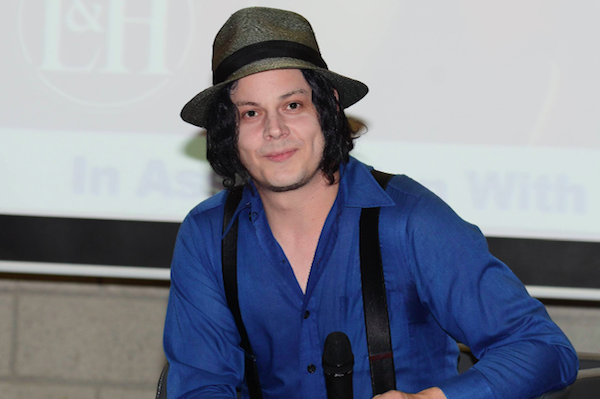 You can take the boy out of Detroit, but you can’t take Detroit out of the boy. Singer-songwriter Jack White recently played guardian angel to one of the city’s iconic venues. He reached into his pockets to help the city’s Masonic Temple make ends meet.

According to the Detroit Free Press, the Masonic Temple was stuck between a rock and a hard place. It racked up $142,000 in back taxes, which it couldn’t afford to pay. It looked as if the building would fall into foreclosure before an anonymous donor stepped in to foot the bill.

Tuesday, the newspaper revealed that White was the one who paid off the temple’s debt. Despite his worldwide acclaim, White hasn’t forgotten his roots. His band The White Stripes had its first public gig down the street from the Masonic Temple back in 1997.

Years later, the group returned at the height of its success to a sold-out crowd at the temple. Not only that, but White’s mother used to be an usher at the building. Everything comes full circle!

“Jack’s donation could not have come at a better time and we are eternally grateful to him for it,” said Detroit Masonic Temple Association President Roger Sobran. “Jack’s magnanimous generosity and unflinching loyalty to this historic building and his Detroit roots is appreciated beyond words.”

Because of his contribution, White has been honored with a theater bearing his name. The Masonic Temple Association is turning its Cathedral Theater (sometimes called the Scottish Rite) into the Jack White Theater. The venue is 27,878 square feet and can seat 1,586 people.