Miss Kim Zolciak does not mess around when it comes to having babies. The Don’t Be Tardy star is 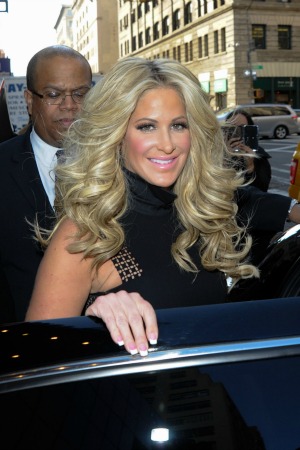 An insider told Us Weekly, “Kim loves being pregnant,” and added that she’s hoping for a sister for Kash. “She really wants a little girl.”

Mommy isn’t the only one hoping for a girl. “Brielle and Ariana are older now, and Kroy wants a girl of his own,” the source explained.

One reason Zolciak might have for getting pregnant so often is that she apparently finds motherhood incredibly easy. The mommy-to-be-again reported in April that baby Kash is an angel. “He sleeps 12 hours and wakes up smiling!” adding, “Kash is like the sweetest perfect child on the planet.”

Back then, there were hints that the family of four was going to get bigger soon. “We’re not done,” she teased. “I think we’ll have one more. We’ll see. When people [used to tell me] they had four kids, I’d be like, ‘Four kids! Whoa!’ And now that’s me. Who would’ve thought?”

It hasn’t all been good news for the reality star this year. Back in March, Zolciak found out that she was being sued by her former friend/landlord Kandi Burruss. Zolciak’s one-time BFF claimed that she never received royalties for the song she wrote and produced for Zolciak, “Don’t Be Tardy for the Party.”