Paris Jackson was hospitalized early Wednesday morning after paramedics responded to a “possible overdose” at her Calabasas home.

Paris Jackson, the 15-year-old daughter of the late Michael Jackson, has been hospitalized in the Los 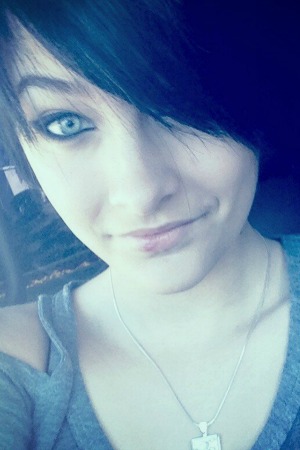 Jackson’s mother, Debbie Rowe, told ET that her daughter was rushed to the hospital from her Calabasas home early Wednesday morning, saying that Jackson has had “a lot going on.”

A source close to the family told ET that that Paris attempted suicide because she wasn’t allowed to go to the Marilyn Manson and Alice Cooper concert at the Gibson Amphitheater on June 6.

Details of Jackson’s injuries are conflicting; Scott Miller of the Los Angeles County Fire Department told People that paramedics responded to a 911 call at 1:27 a.m. “regarding a possible overdose.” But TMZ reports that a source connected to the emergency response said there were multiple cuts on one of her wrists.

Paris Jackson reveals she wants to be a heart surgeon >>

However she chose to do it, Jackson is obviously troubled. Yesterday she posted several cryptic messages on Twitter that may have hinted to the sadness she was feeling. One tweet said simply, “yesterday, all my troubles seemed so far away now it looks as though they’re here to stay.”

This month marks the fourth anniversary since her father’s death, which could be part of the cause of Jackson’s internal distress. Jackson also hasn’t been getting along with her grandmother and had recently decided to move back in with her birth mother, Rowe. Her brother, Prince Michael Jackson, didn’t share the same interest in getting to know his birth mom, which could have been the cause of even more conflict for the teenager.

The one glimmer of good news right now is that all reports are saying that Jackson should recover fully from her suicide attempt. We hope that she gets the help that she needs.