Sting has come a long way since the 1980s. He has carved out a successful solo career for himself after leaving The Police, but now he is going back to his past by writing about his difficult childhood. 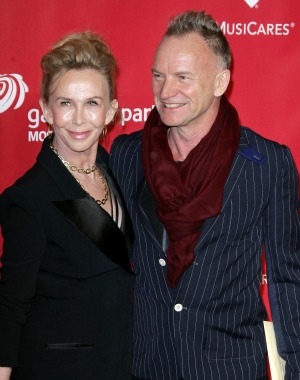 For all of Sting’s success, it’s easy to forget he was once a small child growing up in a struggling town in England. The singer has decided to go back to that past by writing a musical based on his childhood.

Want to feel poor? Check out these rock stars’ paychecks >>

The musical, titled The Last Ship, will be based on Sting’s childhood growing up in the shadow of the Swan Hunter Shipyard in Wallsend, Newcastle. According to Constance Watson with Reuters, the child watched the shipbuilding industry of the 1980s fall from prominence, leaving the town in trouble.

The musical will also be accompanied by an album, also called The Last Ship. The album will be his first of all new material since Sacred Love in 2003, and will include musicians who understand what Sting and his family went through.

“Guest artists on The Last Ship with roots in the northeast (of England) include Brian Johnson, Jimmy Nail, The Unthanks, The Wilson Brothers, and Kathryn Tickell,” a spokeswoman told Watson.

Sting has released 10 solo albums since leaving The Police in 1984, and will be working with producer Rob Mathes on the new album.

The 61-year-old is no stranger to acting, but this will be the first time he will be taking on a major role in a musical. According to Watson, he has been working on the story for nearly three years, but he hasn’t been alone. Helping him write the major production is Joe Mantello, director of Wicked, and John Logan, one of the writers for the James Bond film Skyfall.

With the musical and the album, Sting is hoping to show the struggle of those in Wallsend, growing up near the shipyard.

The musical will be headed to Broadway in 2014, but a specific release date has not yet been announced. The new album is set to come out on Sept. 23.