Musicians are coming out of the woodwork for the Live Music Day Festival. More than 50 acts are scheduled to take the stage for the day-long concert, which will be streamed online. 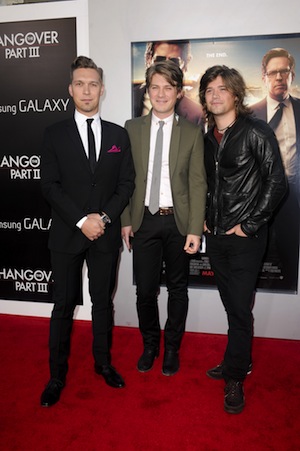 If you love music and technology, the O Music Awards were made for you. This year MTV, CMT and VH1 are producing a 24-hour music festival that will take place during the ceremony. It’s called the Live Music Day Festival, and more than 50 artists are expected to perform.

According to The Hollywood Reporter, the festival will cover all genres, ranging from indie, rock, folk and country, to hip-hop, pop, electronic dance and R&B. Some of the scheduled acts include Hanson (they’re still going strong), Gavin DeGraw and Luke James.

Gavin DeGraw on his new video, a Folgers contest and those pesky rumors >>

The O Music Awards are all about music and the Internet. Some categories include Best Artist Instagram, Best Web-Born Artist and Best Music App. It’s truly ahead of its time. By comparison, the MTV Video Music Awards seem archaic.

The Live Music Day Festival will kick off June 19 at 7/6c. Viewers will be able to watch the performances via computers, smartphones and tablets. Meanwhile, the O Music Awards will be hosted by comedians Jason and Randy Sklar.

The following acts are expected to perform: