Everyone’s still reeling from the death of actress Jean Stapleton. She passed away Friday, leaving family, friends and countless fans. This week, her Broadway peers will honor her with a special tribute. 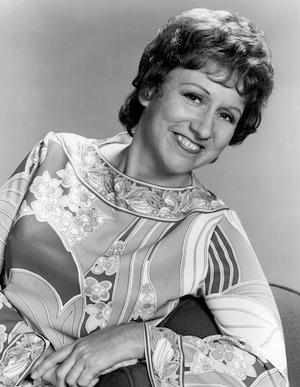 Last week, Hollywood lost a film, television and stage legend. Actress Jean Stapleton died at the age of 90. Despite her long career, Stapleton was best known for her role as Edith Bunker on All in the Family. She played the light-hearted wife to Carroll O’Connor’s stern Archie.

Stapleton didn’t appear on All in the Family until 1971. Before then, she had a steady Broadway career. It’s where it all began for the actress. According to TV Guide, her resume included parts in Bells Are Ringing, Damn Yankees, Rhinoceros and Funny Girl. It’s no wonder theater owners want to pay tribute to her.

On Wednesday, Broadway’s theater marquees will go dark in honor of Stapleton. The blackout will last for exactly one minute at 8 p.m.

“The theater is where Jean Stapleton started … [and] the Broadway community claims her as one of our family,” Charlotte St. Martin, executive director of the Broadway League, said in a statement. “The range of her talent was also evident in that she could triumph in both musical comedies and serious dramas. She will be missed.”

Stapleton’s All in the Family co-star and onscreen son-in-law Rob Reiner released a statement via CNN saying, “Jean was a brilliant comedienne with exquisite timing. Working with her was one of the greatest experiences of my life.”

Stapleton passed away in her New York City home from natural causes. Her husband, William Putch, died in 1983, and she’s survived by her two children, Pamela and John.