It’s hard to believe, but Kate Upton is only 21! In honor of her birthday, we’ve rounded up 15 sophisticated photos that make us marvel that the Sports Illustrated cover girl is only entering her 20s. 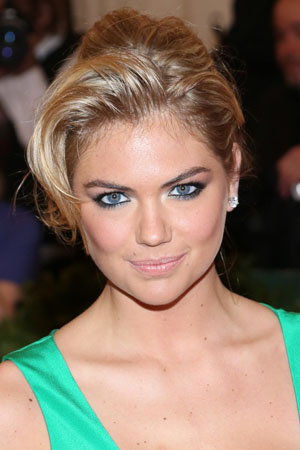 Kate Upton knows that with success come the haters. However, she doesn’t let other people’s opinions about her body affect how she sees herself. 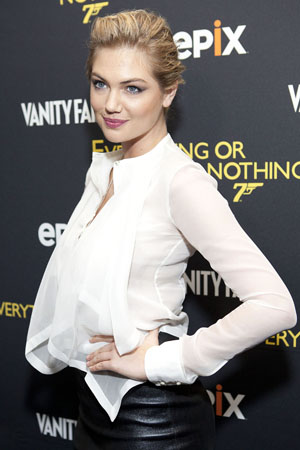 We always assumed that Upton is older than 21. Her unconventional — and maybe somewhat calculated — rise to fame is indicative of someone much, much older and wiser. We’re not sure we could have figured all of this out by such a young age.

“It’s just me sharing my life, I like it if it’s authentic and in the moment and happening,” she told Vogue of her unique career. “Growing up, I didn’t buy the magazines that had models on the covers, because I didn’t know them. So I think it kind of gives me, as a model, a personality that people can connect with.” 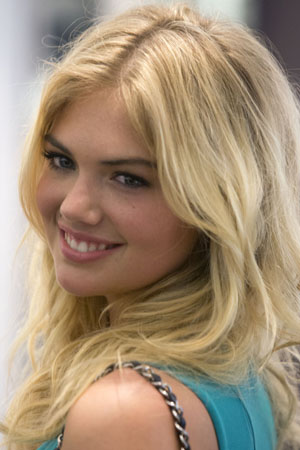 Upton wasn’t always as curvy as she is now, according to her sister, Christie.

“She was stick-thin and flat for the longest time,” the other Upton told Vogue. “Sometimes she’d stuff her bra. We all did — with tissue paper or socks.” 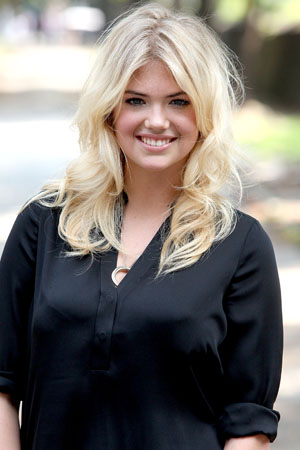 Some of the criticism Upton gets is about her curvy body. It’s not exactly the typical model frame, but she’s not about to change anything.

And we wouldn’t want her to, either.

“I can work out and I can stay healthy and motivated, but I can’t change some things,” she said. “I really just live my life. I love my body. It’s what God gave me! I feel confident with myself, and if that inspires other women to feel confident with their bodies, great.” 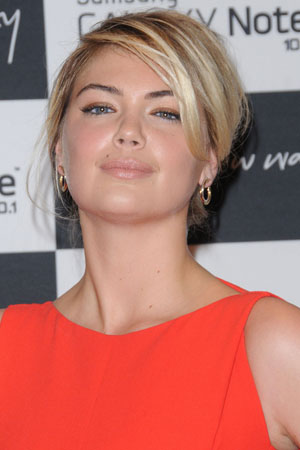 Upton is all about making bold moves to get what she wants. Here’s proof: She cold-called the head of IMG Models, Ivan Bart, to get a deal.

“I always had career goals,” she told Vogue. “And I figured out a path I wanted to take to accomplish those goals. If that meant calling the best modeling agency in the world, that’s what it meant.” 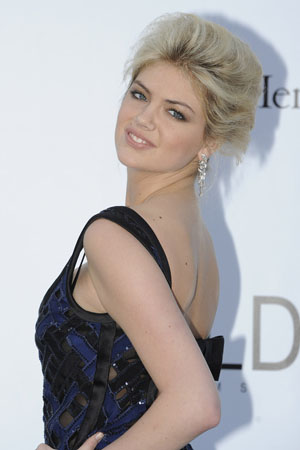 Upton is one of the youngest models to grace the cover of the Sports Illustrated swimsuit issue. To get ready for the shoot, celebrity trainer David Kirsch tailored a program to help whip her into shape — without sacrificing her trademark curves.

“I made it very clear to her, I love her curves and I wasn’t going to do anything to [make her] skinnier,” Kirsch said of his approach. “It was about toning her legs, butt, abs, arms, and to really dial into the diet.” 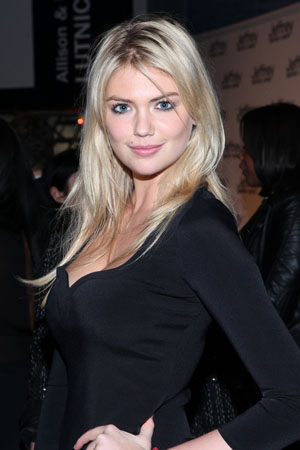 IMG Models’ Bart thinks that Upton is the new type of model. Gone are the days of models getting “discovered” by a scout. Instead, she discovered herself.

“I think a lot of her success is about her confidence and her ambition, not to mention charm and wit,” Bart said. “Kate actually wanted to be known by a large audience. She said, ‘If I’m going to make it as a model, I’ve got to be a celebrity.’ That’s what makes her a twenty-first-century model.” 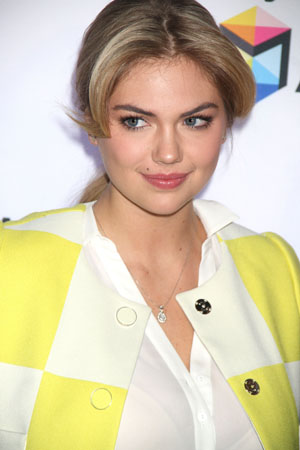 “She is the quintessential all-American girl,” trainer Kirsch told Vogue of his famous client. “She’s fresh, sunny, and natural, and not too skinny… She’s got a little extra meat. I love that physical aspect of her from her chest to curvy hip.” 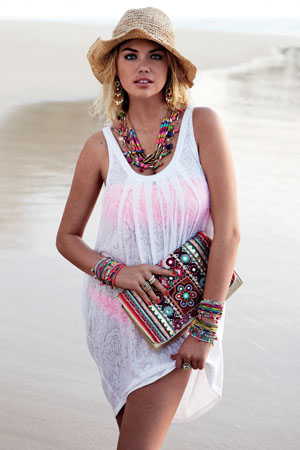 Upton has a famous fan in designer Michael Kors.

“When I look at Kate’s figure, I think, ‘This is a person who’s enjoying life,'” Kors said of Upton. “…You see her, and her skin is glowing; she’s got a gorgeous smile. It’s optimistic. It’s not about a sad girl on the corner. It’s about a girl who’s enjoying herself.” 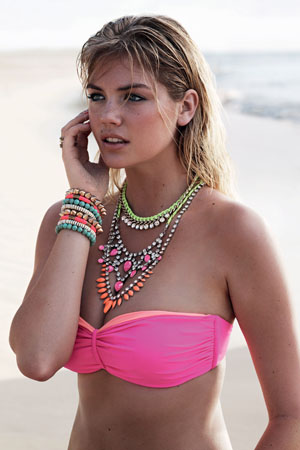 It seems like Upton would live in a bikini if she could.

“In Miami, boobs are fantastic,” she told Vogue. “I was so proud of them. I was so excited. Are you kidding? I’m in Florida, and I’m constantly in bikinis. I was like, Yes! Killing it! All the girls on the beach are gonna be so jealous!” 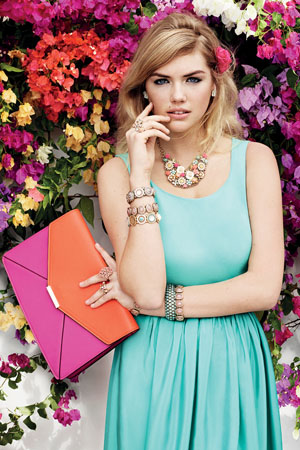 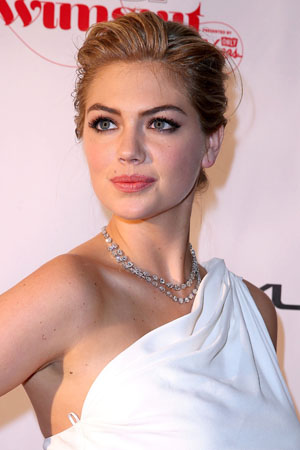 Upton might be known for her ample cleavage, but she claims her best feature is her…

“I think it’s… my eyes,” she told Ellen DeGeneres earlier this year. “Because when I’m shooting, I change expression all the time.”

Not so sure the guys agree, Kate.

Kate Upton can’t legally drive Usher wild — or can she? >> 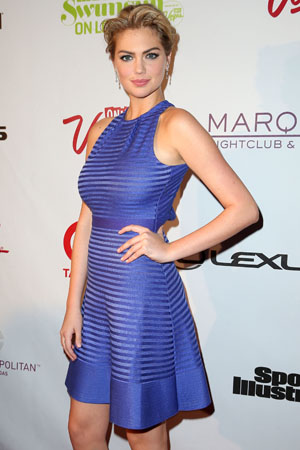 What’s next for the 20-year-old? Possibly fashion designing.

“I would love to have my own lingerie line,” she said. 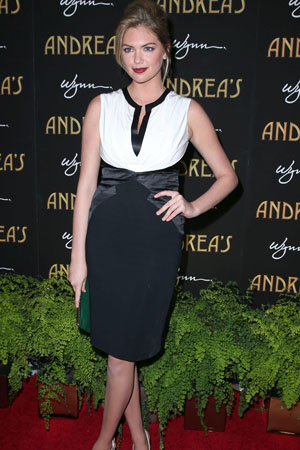 And acting, of course. She’s already starring in the upcoming comedy The Other Woman, with more roles sure to come. 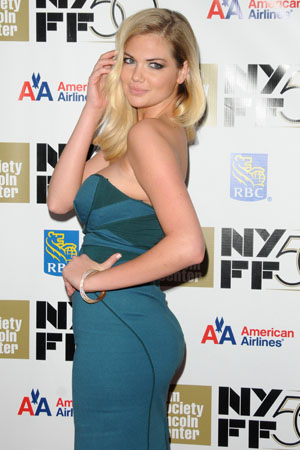 Happy birthday, Kate Upton! We can’t wait to see how your career progresses into your 20s… and beyond!