Kim Kardashian’s divorce to Kris Humphries is finalized just as Myla Sinanaj accuses her of cheating on Reggie Bush with Kanye West. Confused yet?

Kim Kardashian can finally move forward now that the final bit of her previous life is gone. As of last 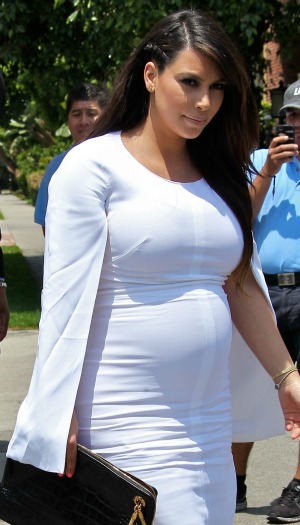 night, Kardashian’s divorce from Kris Humphries was finalized by the Los Angeles Superior Court, Celebrity Gossip reports. The news comes after the two reached a settlement back in April. Humphries originally asked for an annulment for the marriage, but ultimately was convinced (presumably by Kim) to go through with the divorce. The two were only married for 72 days before their separation and the divorce proceedings have been dragging on since Kim filed in 2011.

But while one door has closed, another one has been kicked open by someone we’re sure Kim would rather stay away forever. Myla Sinanaj is now accusing Kardashian of cheating with Kanye West when she was dating Reggie Bush.

Sinanaj’s Twitter rampage started after she allegedly received a check from Kardashian following her testimony at Kardashian’s divorce case.

The tweets are almost painful to read due to their abuse of the English language and punctuation, but here’s what they said:

“U know what finding this check just pi**ed me off! Truth is my a** didn’t want to go to her dumb deposition so i said i have no $ for gas, but that didn’t stop her from mailing me a check that’s how bad she wanted me to go! which i don’t understand WHY.

“She should THANK ME for my discretion for not mentioning the fact when i was the Overnight Manager at the W hotel. I was the one making Kanye keys to her suite at 2am!!! Back when she was supposed to be with the love of her life Reggie Bush right??

“THERE is SOOOO much more that i know and had to be quiet about but i ain’t working at the hotel no more so F*** it!!! My advice to Kanye is ‘if they cheat with you they cheat on you’ remember that sh**..”

Bruce Jenner calls out Kanye West: “He’s not around” >>

It looks like Sinanaj has been receiving a lot of backlash for the rampage, as her more recent tweets have been along the lines of “people hate the truth when its not what they want to hear!!”