She was a superstar at 13, but rather than walk down the dark path that too many other child stars have (hello Amanda Bynes!), LeAnn Rimes still has it together. What’s her secret? 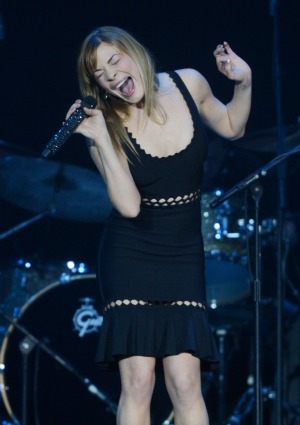 Corey Haim. Lindsay Lohan. Amanda Bynes. Just a few of the many child stars who have sunk into darkness when they grew up. Does it have to be that way? LeAnn Rimes — an international superstar at the age of 13 — says no, but it isn’t easy.

In an essay for Yahoo’s omg!, Rimes said the attention, both positive and negative, kids in the business receive can warp your mind.

“It’s difficult to handle as an adult, to see the negativity,” Rimes said. “It’s easy for people to sit behind a computer screen and tear people down. To be a kid and have to deal with that, to not have the tools really to differentiate between what’s real and what’s not, to not judge yourself by the misconceptions of others or the opinions of others — that’s hard enough to do as an adult, much less as a child.”

“As you grow up in this business, you have to have a strong sense of self. But when you have so many opinions from the outside world, you don’t really have a chance to develop your sense of self.”

Keep up with your favorite celebs — subscribe to the SheKnows Entertainment newsletter! >>

“It’s very confusing when you’ve been on a pedestal for a really long time, and then that success goes away for some people, or all of a sudden people build you up to tear you down,” she said. “People don’t come out of the other side of it with a clear head, and I think that’s probably the biggest thing.”

“Having had it all as a child and growing into an adult, it definitely messes with your mind a little bit.”

Despite some tabloid controversies, namely her cheating scandal with now-husband Eddie Cibrian and the ongoing feud with his ex-wife Brandi Glanville, as well as a short stint in rehab for emotional issues, Rimes has fared far better than many former child stars and still has a thriving career. How did she manage to pull it off when so many others can’t?

“Even though my family wasn’t together, when stardom hit when I was 13, my mom and dad both had their say in everything that I did,” she explained. “Also, my godmother was very much a part of my life, as was my mom’s best friend since ninth grade. She has two daughters. One is four years older than me and one is eight years older than me, and they have been my sisters. They’ve always put me in my place. I had plenty of family and extended family around that really kept me grounded.”