After a very spirited performance by Miguel at the Billboard Music Awards, at least two fans left injured. One of them is claiming she may have some serious damage, and is prepared to sue for it. 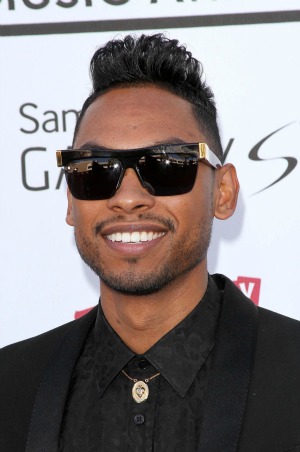 While it was supposed to be a fun and spirited performance, Miguel’s time at the Billboard Music Awards on May 19 is still following him. The singer was performing his song “Adorn” when he accidentally kicked/landed on a fan in the audience.

The 6 craziest moments at the 2013 Billboard Music Awards >>

According to TMZ, the fan, Khyati Shah, is saying she may have suffered a head injury from the kick.

“Some of the difficulties she’s experiencing are cognitive in nature and lead to suspicion of a neurological head injury,” Shah’s lawyer told TMZ.

He also said that the event organizers didn’t provide proper medical attention. She was later seen on camera holding on ice pack, but the lawyer said she should have been rushed to the hospital.

MTV is reporting that Shah is still waiting for results back from a neurologist to decide if she will proceed with a lawsuit. Last week, her lawyer told MTV she was having “difficulties,” but didn’t elaborate.

After the kick and his performance, Miguel found Shah and brought her backstage with him.

“Got caught up in the moment, thank goodness Khyati is okay,” he tweeted later.

He let Shah conduct an interview with him while she was backstage, and he explained further.

“Well, I think it’s kind of clear what happened. But I’m very happy to bring my new friend, Khyati; we just met. Unfortunately, we did not meet under the best circumstances, but I think we’re OK,” he said. “The crazy thing is, when you’re performing and you’re just kind of into it, you never know where it’s gonna go and where you’re gonna go with it, and how that might turn out. So this is one of the less-favorable moments.”

Shah didn’t seem upset at the time, and was just happy to be meeting someone she is a fan of.

“I ‘adorn’ him,” she responded that night.

Shah seems good-natured about the whole thing, but when you re-watch the video, it’s easy to believe that she could have been severely injured. And it appears her lawyer is serious about bringing something forward with both Miguel and the Billboard Music Awards.