Bradley Cooper is taking his role from Silver Linings Playbook one step further. He attended a mental health conference at the White House to raise awareness for the cause. 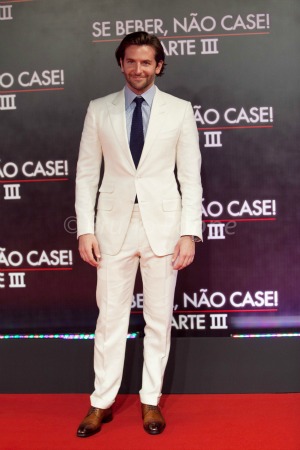 Silver Linings Playbook may have been one of 2012’s hottest films, but that doesn’t mean the movie is in the past for star Bradley Cooper. The film’s subject matter focused on mental health issues, which has been an important cause for the actor since he played the title role.

On Monday, Cooper, along with actress Glenn Close, was seen at the White House’s National Conference on Mental Health with President Barack Obama. The president was there to discuss mental health care plans for veterans of the U.S. military.

This was not the Oscar nominee‘s first trip to Washington, D.C. Cooper also stopped by the nation’s capital in January to meet with military vets who suffer from post-traumatic stress disorder.

Bradley Cooper’s topknot: Hot or not? >>

Earlier this year, The Hangover III star talked to Chris Matthews on Hardball about the importance of the issue.

He said, “I’ve gone around to many cities around the country and people are talking about, how, ‘I actually feel like this film sees who I am.'”

“It’s heavily stigmatized,” Cooper continued. “It’s not a very treatable disease. It’s a condition, if we liken it to cancer, diagnosed at Stage 4, well… that’s way too late. So hopefully, a movie like this will help it become, you know, [more treatable] in the onset.”

The character Cooper plays in Silver Linings Playbook has bipolar disorder. The film resonated with the actor long after he left director David O. Russell’s film set and that’s why he decided to take up the cause.

At Monday’s conference, President Obama told attendees, “We all know somebody — a family member, a friend, a neighbor — who has struggled or will struggle with mental health issues at some point in their lives.”

The president encouraged people to reach out for assistance and to not feel stigmatized by their diagnosis.

A campaign to spread awareness is being supported by the government and will be launched on TV, radio, and via social media.