It could be a mole, a discoloration in your eye, or a gap between your teeth ? your flaws are what J. Cole and TLC want you to embrace in “Crooked Smile.” 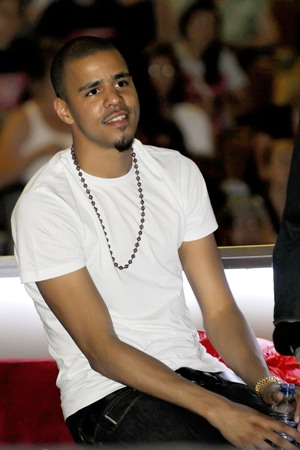 How many times have you stared in the mirror and noticed all the oddities you wish were structured differently? Nose too big? Eyes too small? If given the chance, would you fix them? And are our flaws always on the outside?

J. Cole tries to answer all these questions with his single, “Crooked Smile.” Sure, the track actually does make mention of his literally crooked smile, but his intent was for a grander scheme. He dares people to appreciate who and how they are, and to turn the finger right around on the masses that try to make you feel insecure.

In an interview with Fuse, the German-born Cole described how the industry quickly started to point out flaws he had only been conscious of “back in high school,” and how they tried to make him change. He didn’t give in.

He gives powerful advice in his lyrical message on acceptance and strength. Cole completes the interview with a summation of the song’s purpose, described in one word ? empowering. He deserves respect for taking the advice he’s shelling out.

Speaking of high school, Glee‘s pride and joy, Darren Criss, is on his summer tour >>

Cole tugs at my own heartstrings when he addresses the physical plight some women face to please men. The makeup, the heels ? ladies, you know the deal sometimes. Not too far off from the message TLC dropped in “Unpretty,” is it?

The song strives to make the point about embracing all the quirks that make you, you. Cole’s stance is featured best and executed flawlessly in one line:

“No need to fix what God already put his paintbrush on”

Want a song that can revitalize you? A song that can affect your mood so deeply that you come out of it feeling better than when you went in? Check out this track then.

Want more music news and recommendations? Sign up for our newsletter! >>

Born Sinner, the sophomore debut, for J. Cole is available for pre-order on iTunes now and will drop on June 18. Want to know something crazy? It’s likely that his upcoming concert (hopefully in a city near you!) will be more affordable than the entire album! How!? Tickets will be sold on the day of, and will go for a startling $1 apiece! Check out the concert locations and the single below.

Spice up that playlist with some fun new music! Check out these other music reviews: