In this episode of The Goodwin Games called “Small Town,” each of the siblings struggles to adjust to life in Granby again, and Henry reveals a painful truth. 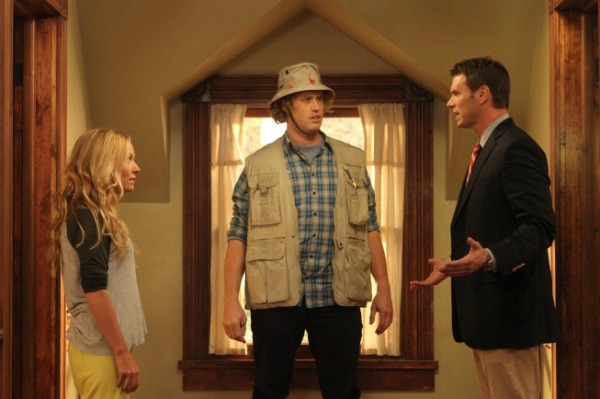 This show does such a great job at the funny parts that I honestly never thought that there was something serious behind Henry’s (Scott Foley) drinking and the fact that he refused to take more than a couple of days off work. Though Lucinda (Kat Foster) did say that his emotions were delayed so I guess I should’ve seen it coming. I thought it was a great moment when he finally opened up to Chloe (Becki Newton), but the fact that he didn’t actually say the words but let her deduce it all herself was perfectly in keeping with his character. I bet Lucinda’s prediction will come true and in a couple of weeks, Henry is actually going to break down about his father’s death.

The Goodwin Games episode 2 recap: Taking care of one another >>

Jimmy (T.J. Miller) and Chloe had some fun moments in this episode. I loved how Jimmy kept ditching her and the way she chased him around like they were both small children. It felt like Chloe needed Jimmy as her own distraction. Not because she wasn’t facing the death of her father, but because she needed to get her mind off of the fact that she’d lost her home back in L.A. I think there’s a lesson in there somewhere. After all, if your “friends” have no qualms about tossing your stuff basically out onto the street, then it might be time to get new friends.

Want to get updates on The Goodwin Games and other shows sent directly to your email? Sign up for our SheKnows newsletters! >>

Jimmy putting the train set back together was great too and I do hope we get to see him work on it with his daughter. That would be incredibly sweet.

“How about I just go and put on Mom’s wedding dress?” — I’m with Chloe; I’d totally pay to see that too

Jimmy commenting that the only way he ever got good water pressure in prison was when there was a riot. Also, on a side note, him in that huge towel was hilarious.

“He could bite you a pretty sweet ‘do.”

Feeling sorry for poor Henry when he saw Elijah driving his dream car, and the fact that the license plates said “Hi Henry” and “Bye Henry.”

“I don’t have any fishing equipment but I do have some M-80s.” 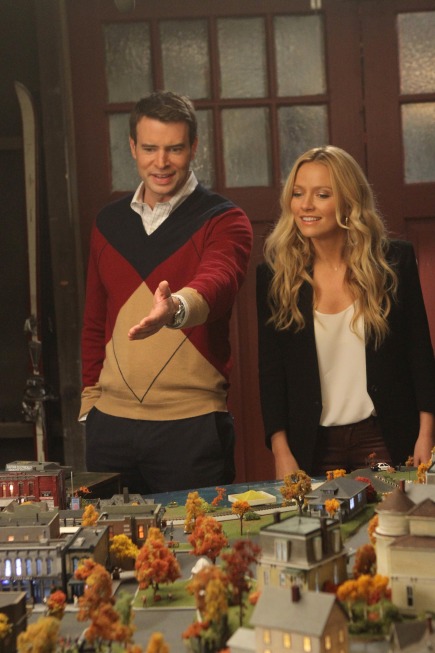 “Are you insane?”
“Yeah, are you crazy? You’re going to wear that fishing?”

Finding out that Henry counted the weekend as a vacation.

Jimmy telling Chloe that he was going to be up to perfectly legal nonsense.

“Chloe, I’ve got to go, they called my butt bluff.”

My jaw dropping about as far as Chloe’s did when she saw what people in that town called “yoga.”

Jimmy proving how fast he could get away. Wow, he’s good.

Finding out that Jimmy’s middle name is “Ulysses.”

Kind of enjoying the way that Henry kept talking to his glass of booze. Was that wrong?

Chloe discovering that the movie theater was still playing How Stella Got Her Groove Back.

“Actually I live in Los Angeles.”
“You say that like it’s impressive.”

Henry’s frustration as Dr. Richland lost it over Chloe being an actor.

Chloe finding out that Henry was lying about Dr. Richland. Oops.

Finding out the true reason why Henry was working so hard and drinking so much.

Henry and Chloe stopping Jimmy before he could give back Henry’s boxers.

Henry standing by and watching Chloe chase Jimmy around the house.

Finding out what Jimmy’s secret project was. Aw.

Henry and Jimmy in their train conductor outfits.

Chloe trying to do that insane yoga/whatever class.

What did you think of this episode? Got any favorite bits of your own? Drop a line in the comments below!