The Wizard of Oz is heading to IMAX and getting a 3D makeover. The movie will be available nationwide for a limited theatrical run this September. 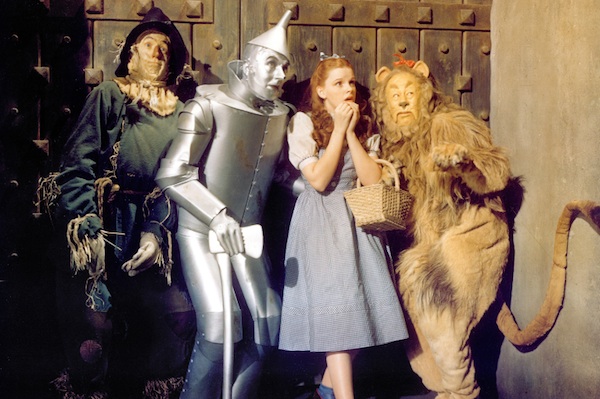 Most of us were introduced to The Wizard of Oz via TV or VHS cassette. The 1939 film is universally revered as a classic. It features the breakout role of Dorothy for Judy Garland and is filled with famous songs and dance numbers.

It’s been almost 75 years since Garland first traveled down the yellow brick road. But this fall, Warner Bros. is giving the classic a new lease on life. The Wizard of Oz will be post-converted into 3D and re-released in IMAX. It’s following in the footsteps of Titanic, Raiders of the Lost Ark, and Jurassic Park.

According to USA Today, the studio hopes the new format will make the original more lively. Greg Foster, chairman and president of IMAX Entertainment said, “The sound was exceptional, the sharpness was exceptional. But it’s the color that stands out. What they could do is truly amazing, maybe what people felt when they first saw it.”

The Wizard of Oz celebrates 70 years >>

The Wizard of Oz will return for a one week engagement starting Sept. 20. It will appear on 400 IMAX screens, including those in museums. Warner Bros. is using it as a promotion for Oz’s upcoming 75th anniversary Blu-ray set. It hits shelves Oct. 1 and consists of a Blu-ray, Blu-ray 3D, DVD, UltraViolet versions of the film, and a new documentary.

Are you excited for The Wizard of Oz in 3D?