We loved Alyssa Milano in Who’s The Boss, Melrose Place, Charmed… heck, we’ve loved in her everything she’s done, so we don’t expect Mistresses to be any different. But we were curious — does it ever get awkward making out with so many guys on set? Alyssa kisses, tells and then gives us more deets on what’s ahead this season. 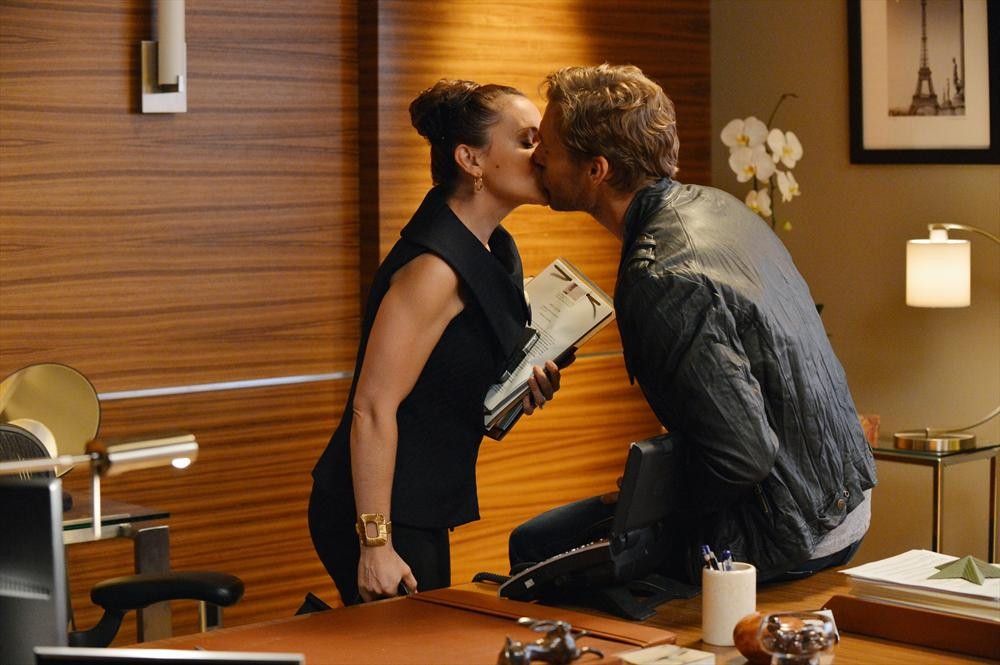 SheKnows: When you first read a script for Mistresses, what was your initial reaction? Why did you want to be a part of the show?

Alyssa Milano: I think the show is provocative. It’s about temptation and human sexuality. But ultimately, the core of the show is about the friendship these four women have. I was drawn to the show because I really liked my character. I liked that she’s flawed and trying to find her way.

SK: People are saying Mistresses might be the next Desperate Housewives. Having already filmed 13 episodes, do you agree?

AM: I think the only similarities is the fact that it’s about friends seeing each other through all kinds of situations.

SK: Is the affair really going to be a one-time thing?

AM: You’ll have to watch!

SK: It looks like you’re character gets a lot of action in the first episode — getting frisky with both Jason George and Brett Tucker’s characters. We have to know — was it awkward filming frisky scenes with both leading men?

AM: Fun and awkward. It’s especially awkward when your husband comes to visit you on set, too.

SK: We know you were still breastfeeding when you had to film the pilot for the show. How did that impact the ‘romantic’ scenes?

AM: It’s definitely not sexy. I would have to go back to my trailer every two hours to either breastfeed my son or pump.

SK: Give us some hints about the season. Besides having an affair and getting pregnant (and not knowing who the father is!), what other scandals are in store?

AM: There’s drama, tears, laughter, heart… there’s a lot in store for this season.

SK: Why do you think women will love Mistresses?

AM: I think Mistresses does a good job at portraying the issues of sexuality and temptation that affect women everywhere. I think certain people will find the show controversial. But ultimately, when you look past the sexual behavior of the characters, you find a show about friendship.