Daniel Radcliffe has turned from a child actor into a serious artist. He seems to embrace his past but doesn’t ever want to go back there. 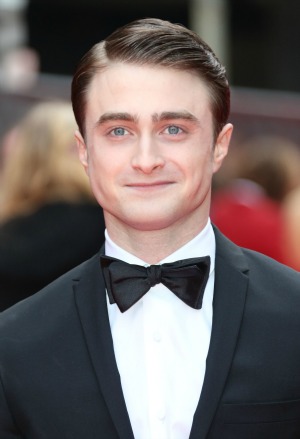 Harry Potter is all grown up. Daniel Radcliffe won the role of a lifetime when he was only 11 years old. And now, 12 years later, he has finally moved on from the character that made him so famous.

Radcliffe spoke with Time Out magazine in London recently about the possibilities of playing Harry Potter ever again.

“Even if Jo [J.K. Rowling] wrote a sequel, which is unlikely, I’d take a LOT of talking round,” he said. “I’ve done so much work to establish myself as something outside that series I’d be really hesitant to go back. Even if they were set later in time.”

Radcliffe doesn’t seem to have any regrets about the 10 years he spent on the franchise but knows that it is just time to move on.

“I’m 23, which is too old to be running round in a school boy’s cape,” he said. “Because the theme parks are expanding there was an enquiry whether I’d do more filming from them and I was like: No, I can’t get away with that any more, I’d just look foolish.”

Radcliffe does know there could be opportunities within the franchise, just not as the main character.

“I’d never totally close the door for the reason that Jo’s a great writer,” he added. “But no more school boy stuff. A cameo as Harry’s dad? That would be perfect!”

In fact, the movies gave Radcliffe a love for drawn-out themes and stories, and he would happily jump right back in to something similar if he had a chance.

“Franchise mustn’t become a dirty word,” he explained. “If directors like J.J. Abrams and Joss Whedon keep doing what they’re doing, it won’t be. I’d love to be part of one again. Maybe not leading it: a nice supporting role. In Star Wars? Yeah, that’d be awesome. That’d be crazy cool.”

Radcliffe is currently acting on the stage and in the process of writing a screenplay. He said it will be a “serious attempt at a black comedy. A very, very, very dark comedy.”

No matter what his future holds, the actor knows he still has much of his acting life ahead of him and is looking forward to every (cape-less) moment.