American Idol has suffered another blow to a mediocre season. 19 Entertainment has announced that the summer tour will be scaled back to just 30 cities. 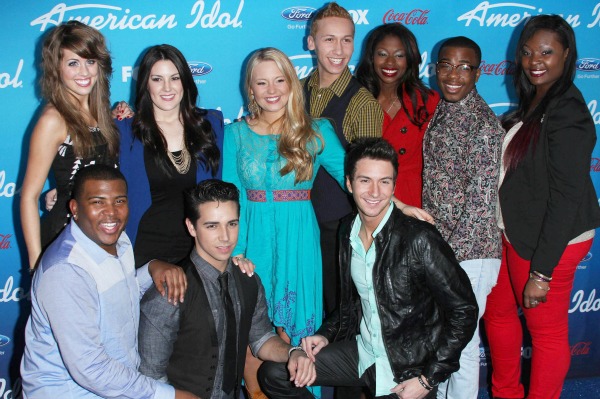 A tough season for American Idol just got tougher. On Monday, the show’s production company for the tour, 19 Entertainment, announced that the summer tour would be scaled back.

This latest news follows a tumultuous 12th season that was filled with drama between judges Nicki Minaj and Mariah Carey along with low ratings that had producers scrambling behind the scenes. A midseason attempt to replace Carey with former judge Jennifer Lopez only resulted in more bad publicity for the reality show.

American Idol winner Candice Glover and the other 10 finalists were scheduled to hit 40 cities beginning June 29. With today’s announcement, the AI crew will only stop at 30 venues beginning July 19.

A spokesperson told The Hollywood Reporter, “Due to production scheduling changes, the American Idol 2013 Tour will now begin on July 19th and go through the summer until August 31st. The Idols look forward to performing in 30 venues across the country.”

Some of the cancelled cities include St. Louis, Minneapolis, Tulsa, Las Vegas and Kansas City.

Many talent competition shows have watched their ratings dip over the last few seasons, including Dancing with the Stars and So You Think You Can Dance. The exception to this rule has been The Voice, which has seen strong ratings all season and a panel of judges that the audience has reacted well to.

With Minaj, Carey and Randy Jackson officially leaving the show and Jennifer Hudson stepping in, it remains to be seen if the viewers will return.