Who fans everywhere are sobbing off their TARDIS blue mascara: Matt Smith is leaving the show. What will that look like? And who will be the next Doctor? 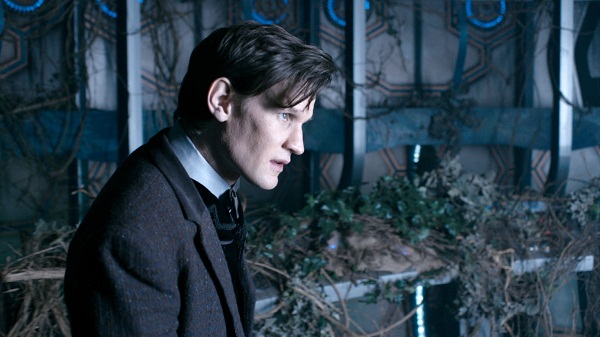 Whovians’ world came to a screeching halt on Saturday when the BBC announced that Matt Smith, who plays the 11th regeneration of the Doctor, would be leaving at the end of 2013. Actor change-ups are far from uncommon in the world of Doctor Who. Part of the storyline is that the Doctor regularly regenerates into a new person with slightly different quirks. Matt Smith was only the latest regeneration.

There’s been speculation of Smith’s departure for quite a while. Earlier this year, the BBC announced that the previous Doctor, David Tennant (“Ten”) would return along with his most-loved companion, Rose (Billie Piper) for the 50th anniversary episode of the show. There’s rarely such a major reunion without a major departure. Also part of the anniversary celebrations: BBC America has taken each month of 2013 to reflect upon a previous Doctor. Many wondered, if Smith was Eleven, what doctor would they showcase in December (month twelve)? All our bets are on the upcoming Twelve.

So, who will be the new Doctor? BBC and writer Steven Moffat are staying mum so far, but we’ve got some speculation

In Season 7’s finale, John Hurt appeared for the briefest of moments. He was referred to as the Doctor who, well, wasn’t. It was all pretty confusing, but in some way Hurt’s version of the Doctor didn’t answer to “Doctor” and/or decided to act contradictory to how the Doctor usually acts. At the end of the episode, it was announced that Hurt would return for the 50th anniversary special in November. Could Doctor Who be a show about a time lord who refuses to answer to “Doctor?” Absolutely! For 50 years, the show has played on its title, with companions and guests begging the question, “Doctor who?” What if suddenly Hurt’s time lord was being summoned as “Doctor” and he was the one to answer, “Doctor who?” With his latest companion lost somewhere in his own timeline, a “big ball of wibbly-wobbly time-y wimey… stuff” and the still rather fresh loss of the Ponds, now would be an excellent time for the Doctor to want to retreat from his role.

Peter Jackson wants to direct an episode of Who >>

Whovians all over Tumblr are throwing their votes in for a female Doctor. While all previous Doctors have been men, it’s been hinted at that it’s not entirely out of the question that the Doctor could regenerate into a woman. During his last regeneration, Eleven actually had a moment where he felt his hair and panicked when he thought that just might be the case. It’d be great to see that actually happen.

So far on Tumblr, we’ve seen quite a few votes for Emma Watson and Helena Bonham Carter. Watson has kept a pretty light schedule lately. Meanwhile, Carter is the epitome of the kooky-but-slightly-dark character that always seems to translate between regenerations. Both actresses are rather famous, though, and the Doctor is rarely a household name. 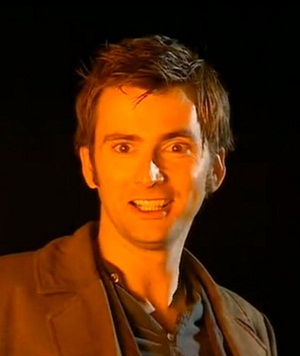 It’s not exactly out of the question, either, that David Tennant’s appearance in the 50th anniversary episode could turn into another few seasons of Tennant as the Doctor. As fans will remember, before Ten regenerated, a one-hearted, human clone of the Doctor was created and left to live happily ever after in an alternate universe with his companion and the love of his life, Rose. It’s that version of Ten (often called “Ten Too/Two”) that will no doubt be revisited in the anniversary special. While it seems unlikely, nothing is 100 percent out of the question in fantasy worlds, right?

Doctor Who gets a movie makeover >>

All of the above options would no doubt lead to awesomeness, especially with Moffat at the helm. There’s just one problem: That doesn’t follow the usual way things work. If there were a Doctor-hiring cannon, it would look like this: A relative nobody of British descent. More likely than not, Twelve will be a mildly attractive man from England, Scotland or Ireland (we’re hoping for an Irishman!). The vast majority of fans will dislike him at first, as he’s not Smith or Tennant or Eccleston. But soon enough they’ll grow to love him and all will be right with the world… for a few years, anyway.

All we know for sure is: As excited as we are to see what’s next, we’ll really miss Matt Smith! We can’t wait to see him in that new Ryan Gosling movie, though.