SheKnows caught up with Florida Georgia Line’s Brian Kelley, who discussed a benefit close to the band’s heart: Stars for Second Harvest, which raises money and awareness for the hunger crisis in middle Tennessee. 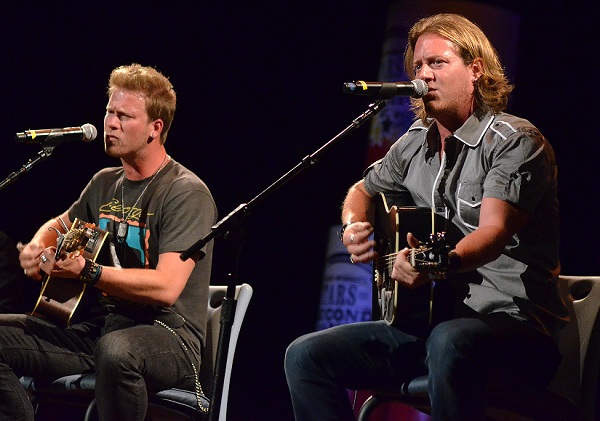 Florida Georgia Line has had quite the year.

Not only has the country music duo’s debut single “Cruise” reached No. 1 on the iTunes Country Singles Chart, helping secure them a spot on Luke Bryan’s Dirt Road Diaries Tour, but they’re also up for three CMT Music Awards, including Video of the Year, Duo Video of the Year and Breakthrough Video of the Year.

But even with all of the fame and recognition thrown their way, Brian Kelley and Tyler Hubbard continue to give back. In fact, they were recently invited to take part in the 9th Annual Stars for Second Harvest benefit to be held on June 4 for a second year — and they jumped at the opportunity.

“It means a lot to us,” Kelley says. “We’ve always been big believers of giving back to your community. We’ve had an amazing year and a half that’s been a blessing. We wanted to do whatever we can to help out in our local community.”

With past special guests including Keith Urban, Jon Bon Jovi and Tim McGraw, the Second Harvest benefit, sponsored by O’Charley’s and hosted by hit songwriter Craig Wiseman, raises awareness of hunger issues in Tennessee. Each dollar raised at the benefit provides four meals to hungry children, seniors and families in the state. And in the past eight years, the benefit has raised more than $500,000, supplying more than 2 million meals.

“There’s such an issue in America with hunger, and we worked closely with feeding America with Outnumber Hunger and General Mills and gotten involved locally with Second Harvest,” Kelley says. “When reading the stats, realizing how many people struggle with food and hunger, it’s pretty crazy.”

According to the USDA, an estimated 49 million Americans are at risk of hunger. Specifically in Tennessee, one in four children are food insecure, and in middle Tennessee alone, 31 percent of the people Second Harvest serves are children.

“Tyler and I are really blessed that we never had to struggle with that,” Kelley says. “It’s always been close to our hearts to give back and help out when we can. It’s definitely a huge issue that needs awareness and help.”

For those in the Tennessee area, the benefit will take place at the historic Ryman Auditorium in Nashville. Tickets can be purchased at secondharvestmidtn.org. And don’t forget to catch Florida Georgia Line at the CMT Music Awards on June 5 at 8/7c.

Other celebs raising money for charity