Amanda Bynes’ Twitter feed is once again up to no good. Although she claims to have been hacked, it appears the troubled star took aim at both her parents and RuPaul. 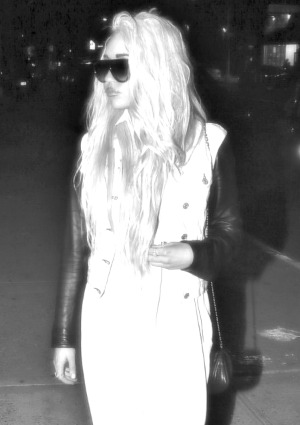 Amanda Bynes continues to tweet about her apparent image obsession, as well as attack fellow stars seemingly at random. The latest victims include the star’s own worried parents, as well as drag queen RuPaul.

“My dad is as ugly as RuPaul!” Amanda Bynes tweeted Sunday without provocation from the Drag Race host. “So thankful I look nothing like you both! I had nose surgery after my mug shots so my nose and I are gorgeous!”

The 52-year-old attempted to take the high road when responding to the troubled star, tweeting to her, “Derogatory slurs are ALWAYS an outward projection of a person’s own poisonous self-loathing.”

Adding a slight jab, RuPaul went on to tweet a link to Ricky Skaggs’ song, “She’s More to Be Pitied Than Scolded.”

Courtney Love, Rihanna, Jenny McCarthy and more stars have also been targeted by Amanda Bynes, who claims at times that her Twitter account has been hacked.

After the Rihanna incident, she explained, “I saw a bunch of mocked up tweets about me bashing Rihanna in my mentions. I’m followed by so many people that someone is always mocking up fake tweets so I feel the need to address them!”

Responding to an article by InTouch Weekly, Amanda Bynes vented Monday, “F**k the ugly editors of Intouch! I’m not racist! My account was hacked!”

Updating followers on her legal proceedings, Amanda Bynes tweeted Monday afternoon, “The DA and my lawyer talked today. They have no proof of drugs on me or around me at anytime during the arrest of after. All I’m becoming is more famous! Thanks for lying about me!”