Pia Zadora was arrested this weekend at her home when a SWAT team surrounded the place after her son reported that she had assaulted him.

When you hear about a celebrity being arrested for charges like assault and battery, you don’t 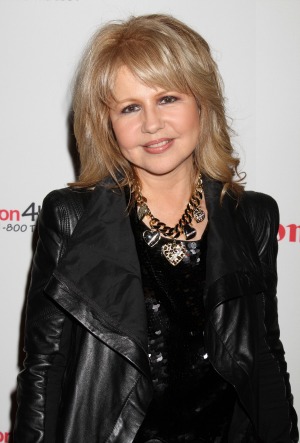 necessarily think of the name Pia Zadora. But that’s exactly what happened this weekend when former Broadway star Zadora was arrested at her home over the weekend.

SWAT was called to Zadora’s home in Summerlin, Nevada (a suburb of Las Vegas), on Friday night. TMZ reports that the actress got into an argument with her 16-year-old son Jordan because he refused to go to bed at a timely hour.

Jordan reportedly told police that he wanted to stay outside and talk to his stepbrother, so Zadora sprayed them with a hose to force them inside. Jordan then told the officers that his stepbrother tried to calm his mother down, but she attacked him, punching and scratching him in the face.

Things went from bad to worse as the incident continued. According to the police report, after another hour or so had passed, Jordan tried calling 911, at which point he claims that Zadora tried to take his phone away, choking him in the process.

By the time officers arrived, everyone was reportedly back inside the house, including Zadora, her son and stepson, as well as her husband. When the entire family refused to come out to speak to them, SWAT was forced to form a perimeter around the house.

Eventually Zadora and her son Jordan agreed to come out and speak to the police. According to the police report, Zadora admitted at that point that she may have injured/scratched Jordan and her stepson during the scuffle, but only by accident.

While we can’t fault a mother for wanting her son to get bed on time, it does sound like things got more than a little out of control at the Zadora household this weekend. We can only hope that the family has learned to communicate a little better after this incident, because having SWAT called out for every family argument is going to get really old really fast.

Zadora isn’t the only celebrity who’s been arrested recently. Reese Witherspoon, Amanda Bynes and Beth Ditto have also found themselves on the wrong side of the law in the past couple months.