Angelina Jolie is back on the red carpet after a preventative double mastectomy, but she missed one very important family event to do it. 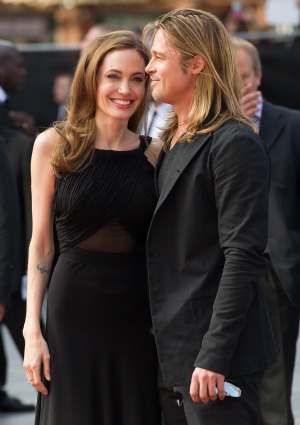 Angelina Jolie’s aunt just died of the same disease that caused the actress to get a preventative double mastectomy, but she skipped the funeral to make her first red carpet appearance since the surgery.

Jolie joined her partner Brad Pitt at the premiere of his new movie World War Z, and was met by thunderous applause by the crowd.

Wearing a long, backless black gown with a sheer inset at the waist, a normally serious Jolie was all smiles as she and Pitt posed for photographers and greeted fans.

Jolie’s aunt Debbie Martin died May 26 of breast cancer. Martin was a carrier of the BRCA1 gene, as was Jolie’s mother Marcheline Bertrand and Jolie herself. The actress underwent a preventative double mastectomy to drastically reduce her chances of developing the killer disease, and is reportedly planning to have her ovaries removed as well.

Jolie’s promise to attend the World War Z premiere in London left her unable to attend Martin’s funeral — but her family is OK with that.

“Angelina will be in London on Sunday so she won’t be able to attend but she has been in touch with us and with various other members of the family, which has obviously been lovely and has meant a lot to us. Angelina has been in touch throughout the week and her brother Jamie has been with us, giving his support day by day,” Martin’s husband told E! News.

“They both loved Debbie very much and although Angie is not able to come right now she has sent her love and support which was very nice.”