You’re likely anxious to find out who’ll take home big ticket awards like Video of the Year at the CMT Music Awards on June 5, while the On Your Side Award may not even be on your radar. We break down what it is and why it merits attention. 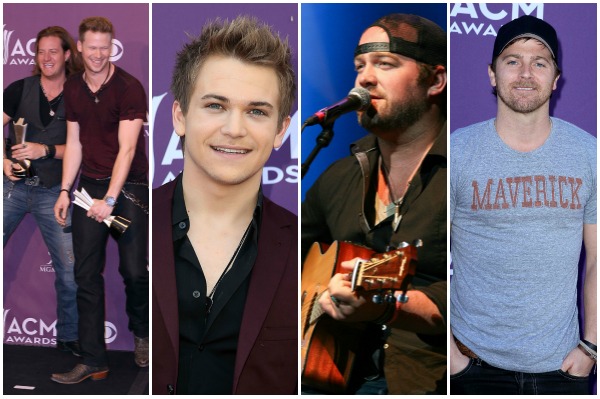 The award’s official title — the Nationwide Insurance On Your Side Award — clearly indicates the award is sponsored by, well, none other than Nationwide Insurance. Don’t let that make you doubt its credibility though… this award, like all the rest up for grabs at the CMT Music Awards, is voted on by fans. The goal? To determine “country music’s best new live act.”

Although voting is now closed, fans were able to do so online at CMT.com and on mobile devices at CMT Mobile or the CMT Insider App for iPhone, iPad, and Android through June 2. If you missed the cutoff, don’t dismay! Now that you know what the award is and how to vote for it, you can make a note on your calendar for next year. The award has proven to be a pretty accurate indicator of impending success so far — On Your Side Award winners for 2011 and 2012 were The Band Perry and Brantley Gilbert.

Now, here’s where it gets fun. While past years have certainly included their fair share of super talented country music artists, the 2013 On Your Side Award nominee pool runs deep with talent acts who just so happen to also be uber-hunky. Vying for the On Your Side Award this year are Florida Georgia Line, Hunter Hayes, Lee Brice, and Kip Moore, who you probably recognize from hits songs such as “Cruise,” “Wanted,” “A Woman Like You,” and “Somethin’ ‘Bout a Truck,” respectively — just take a gander at the boys in the top pic for a little eye candy!

Hunter Hayes: A time line of his success >>

Not only are the nominees some of country music’s hottest lookers, but some of country music’s hottest acts will be hitting the Nationwide Insurance stage at the show as part of the award sponsorship. Last week, CMT announced that Ashley Monroe, The Voice winner Cassadee Pope, Dustin Lynch, American Idol runner-up Kree Harrison, Love and Theft, and Randy Houser will hit the Nationwide stage, which is now in its sixth consecutive year as part of the show.