American Idol is down two more judges. After much speculation, Mariah Carey and Nicki Minaj are officially out. That’s three down and one to go. 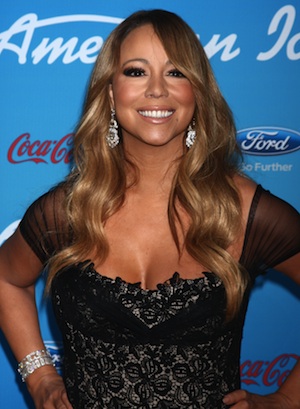 Both Mariah Carey and Nicki Minaj are leaving American Idol. The dueling divas are following in the footsteps of fellow judge Randy Jackson, who announced his departure earlier this month.

American Idol: Is Nicki Minaj out too? >>

As for Minaj, she herself went on Twitter to break the news: “Thank you American Idol for a life changing experience! Wouldn’t trade it for the world! Time to focus on the Music!!! Mmmuuuaahhh!!!”

With those three out, Keith Urban is left alone at the judges’ table. The country singer has yet to announce his plans for next season. There have been reports that Idol producers are looking at former contestant Jennifer Hudson as a possible replacement.

Fox confirmed both Carey’s and Minaj’s exit and claims to respect their decisions. We don’t think the network will be shedding any tears. The ladies’ feud was one of the things that turned viewers off of the show, which has suffered a huge ratings slump. According to Billboard, the finale episode was down 40 percent from last season.

At this point, it’s sink or swim for American Idol. It’s been on a steady decline, and it’s hard to keep things fresh after 12 seasons.

Who do you think should replace Carey and Minaj? Should Urban stick around?