The East turns a former government employee into an anarchist. Brit Marling plays a woman who goes undercover to see how the other half lives. 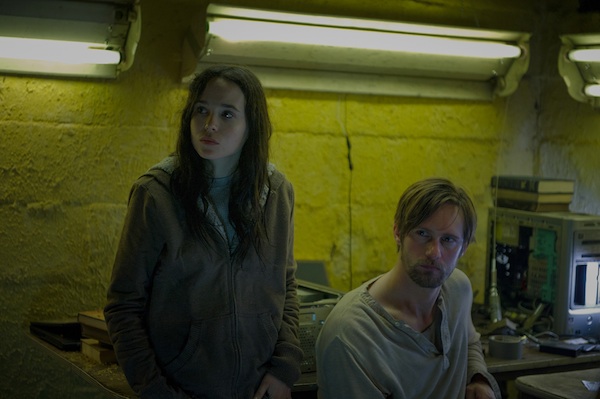 Brit Marling pulls double duty in The East. Not only does she star in the film, but she also co-wrote the screenplay. It’s the latest project she’s collaborated on with Zal Batmanglij; she previously worked with him on 2011’s Sound of My Voice.

Aside from Marling, The East boasts a pretty recognizable cast. Most of you will know Ellen Page from her Oscar-nominated performance in Juno or her role in the blockbuster Inception. There’s also Alexander Skarsgård, who’s currently burning up our screens as Eric Northman in True Blood.

The East shows the actors like you’ve never seen them before. The film centers on a former FBI agent (Marling) who goes undercover with an elusive anarchist group called The East. They’re infamous for burglarizing and exposing corrupt corporations. They’re like a contemporary version of Robin Hood.

In the beginning, she meets with resistance, but the group eventually accepts her. The more she bonds with the team, the more she’s conflicted about her assignment. This causes her to acknowledge some of moral contradictions in her personal life. 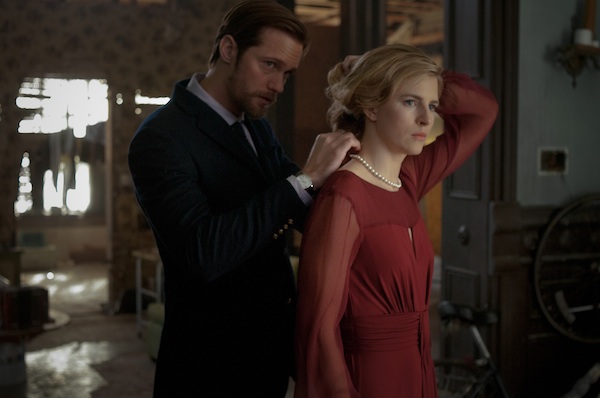 Marling’s character, Sarah, forms a genuine connection with East member Benji (pictured above). With a face like that, can you blame her? He’s just one of the many reasons she’s doubting her original motives.

The film is currently playing in Los Angeles and New York. It expands to Chicago, San Francisco, Washington, Dallas, Ft. Worth, Philadelphia and Toronto starting June 7.