Katie Couric recently revealed a series of first dates with big names that never went anywhere — and now one of those one-offs is telling his side of the story. 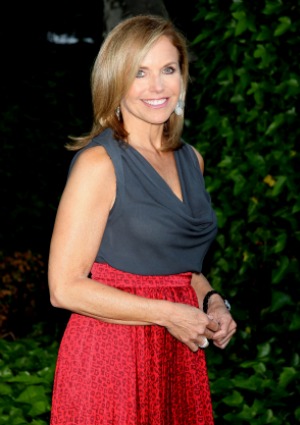 Katie Couric has called out a couple of big names for not calling her again after their dull-as-dishwater first dates, but now one is telling his side of the story.

“What I remember most about the date is how nervous I was and how little I offered to the conversation,” Probst recalled in an email to Us Weekly.

Saying he “would have definitely asked for a second date” and that his reticence “wasn’t lack of interest,” Probst explained why Couric never got that phone call for a second meetup.

“The only reason I didn’t call back was the date was set up through her assistant and I never got her number. It felt weird to call her assistant for a second date,” he explained.

“So it never had a chance to be a romance. Who knows what might have been? But it’s a date I definitely remember! I mean, come on, it’s Katie Couric!”

Couric also ratted out Full House star Bob Saget as another dating deadbeat, and he didn’t deny it.

“I did a benefit with Katie Couric in New York and I went to dinner with her,” the comedian confirmed to Us Weekly. “She’s a lovely person and we had a good time. I’ve seen her many times since.”

“She told [the story] on a talk show and I think she told it again. I think she’s out of material,” he joked.

Katie isn’t crying in her Cheerios, though. She told Howard Stern neither man was exactly a love match.

“I can’t say that I was devastated that neither called me back,” she said.

“I thought they were both nice guys… I don’t think there was real magic there with either [of them], but I enjoyed spending time with them.”

Keep up with all the juiciest celeb romances — subscribe to the SheKnows Entertainment newsletter! >>