Matthew Perry opened up about his drinking problem during the height of his success. The former Friends star is now giving back to others suffering from addiction. 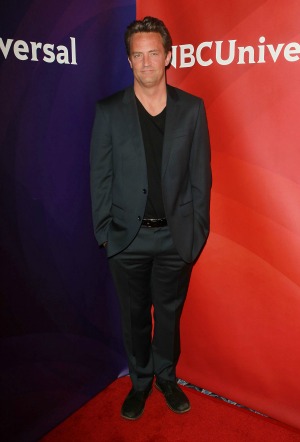 For those of you who grew up during the Friends generation, the names Monica, Rachel, Phoebe, Ross, Joey and Chandler are pretty familiar to you. However, Matthew Perry, who played Chandler Bing for 10 seasons, was harboring a pretty big secret during much of the run.

In a recent ABC News interview, the actor opened up about his drinking problem and how his addiction sent him to rehab more than once.

He told interviewer Celia Vega about the root of his problems.

Perry shared, “Mostly it was drinking, you know, and opiates. I think I was pretty good at hiding it but, you know, eventually people were aware.”

Despite more than one trip to rehab, he couldn’t conquer his demons. One stint even forced his 2002 film Serving Sara to shut down for a total of three months while he got his act together.

Fans of the show also watched his weight fluctuate over the seasons as he was in the throes of his addiction. Often times, Perry would look haggard and exhausted during the show.

The former Go On star revealed what it is like to look back on photos from those days.

He said, “I honestly recoil. It’s scary to look at that. I was a sick guy.”

While his addiction was widely covered by the tabloids, it also forced him to be accountable and get his life back on track.

The good news is that Perry is sober and giving back to others who suffer from similar addictions. Along with addiction specialist Earl Hightower, he created a sober-living facility called Perry House in his former Malibu, California home.

The duo were recently honored in Washington, D.C. at the White House with the Champion of Recovery award from the Obama Administration’s Office of National Drug Control Policy.

Even with such an honor, Perry isn’t letting the success get to his head.

He quipped, “Champions of Recovery, which is a very surreal thing, we’re award-winning alcoholics.”