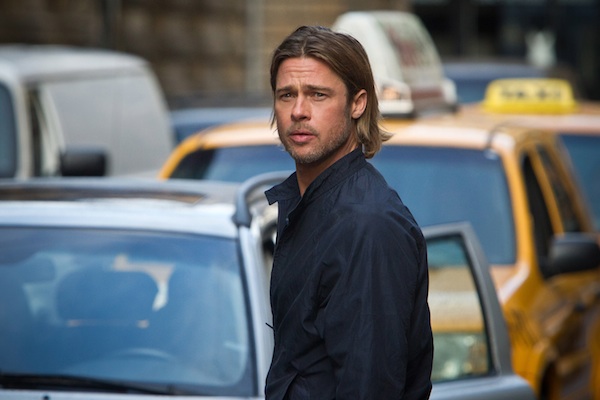 What’s more attractive than a man protecting his family? How about Brad Pitt doing it, while saving the world? That’s exactly what happens in this summer’s World War Z. The film has high stakes, lots of action, and of course, Mr. Pitt.

Paramount Pictures has premiered two new photos from the film featuring the actor and his onscreen family. In World War Z, Pitt plays a United Nations worker named Gerry Lane. He has the rug pulled out from under him when a dangerous pandemic sweeps the globe.

The infection makes normal people turn irrational and deadly. Since it’s spreading at an alarming rate, Lane must do everything he can to stop it. If he doesn’t, it could push humans to the brink of extinction. The pandemic is so powerful, it can destroy armies and topple governments.

In the following photo we see Lane’s major motivation — his family. In a moment of solitude they console each other during this difficult time. It features The Killing‘s Mireille Enos who stars as Lane’s wife Karen. As they sit with their daughters, they try to prepare themselves for the worst. 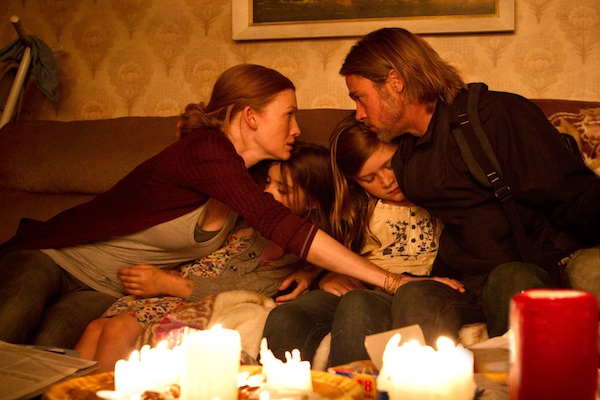 Will you be checking out World War Z this summer?