The nominees for the 2013 CMT Music Awards read like a who’s who list of country music superstars. It was difficult, but we managed to break it down and pick who we think should win. Tune in to CMT on June 5 to see if we got it right! 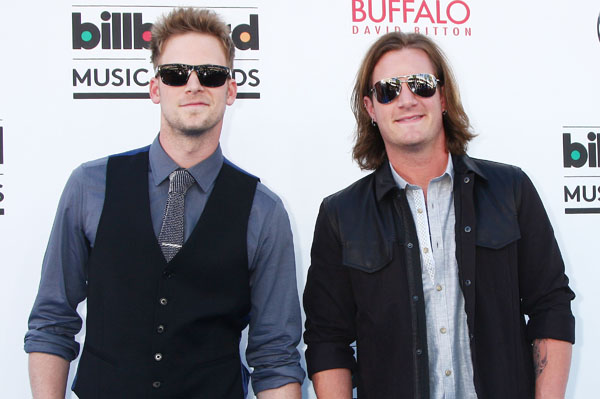 Video of the Year

You pretty much can’t turn on the radio without hearing Florida Georgia Line‘s smash hit, “Cruise.” The adorable duo even managed a crossover pop hit when they teamed with Nelly for the remix. Not bad for two guys just starting to build a career in Nashville! These two will definitely take home the prize for Video of the Year.

Male Video of the Year

Our pick: Blake Shelton — “Sure Be Cool If You Did”

Blake Shelton is pretty much guaranteed to take home an armful of trophies at every awards show. We expect more of the same at the 2013 CMT Awards, so expect him to take home the Male Video of the Year prize for “Sure Be Cool If You Did.”

Female Video of the Year

Ditto that sentiment for Shelton’s dear wife, Miranda Lambert. She’s the one to beat in the Female Video of the Year category for “Mama’s Broken Heart.”

Group Video of the Year

Little Big Town got pretty comfortable on award show stages this year. The quartet picked up awards for the ode to “mmm… motorboatin'” at the Grammys, the Academy of Country Music Awards, the Country Music Association Awards and the American Country Awards. We don’t expect the CMT Awards to be any different.

Duo Video of the Year

Our pick: Thompson Square — “If I Didn’t Have You”

Husband and wife duo Keifer and Shawna Thompson of Thompson Square have been surprise winners at several awards shows during the past year — including the ACMs and the CMAs — so don’t be surprised when these two win over Florida Georgia Line and Big & Rich in the Duo Video of the Year category for “If I Didn’t Have You.”

Thompson Square on first kiss: ‘She did the lean in’ >>

Breakthrough Video of the Year

SheKnows loves Dustin Lynch, so we’re really pulling for the newcomer to pick up the Breakthrough Video of the Year prize for his hit “Cowboys and Angels.”

Collaborative Video of the Year

Our pick: Jason Aldean with Luke Bryan and Eric Church — “The Only Way I Know”

Do we even need to explain why we pick these three hot country guys to win the Collaborative Video of the Year award? Didn’t think so.

CMT Performance of the Year

Put two of the hottest guys in music — Luke Bryan and One Republic’s Ryan Tedder — together and what do you get? The CMT Performance of the Year award winner, that’s what.

Did we pick the right winners for the 2013 CMT Awards? Sound off in the comments below!