Just a year ago, Melissa Meister would have described herself as a model-turned-stylist, but these days, she’s paving way for a new reputation: reality star and single-but-dating mom. We caught up with Melissa to get the scoop on her latest show and find out what it’s really like being with child in the dating world. 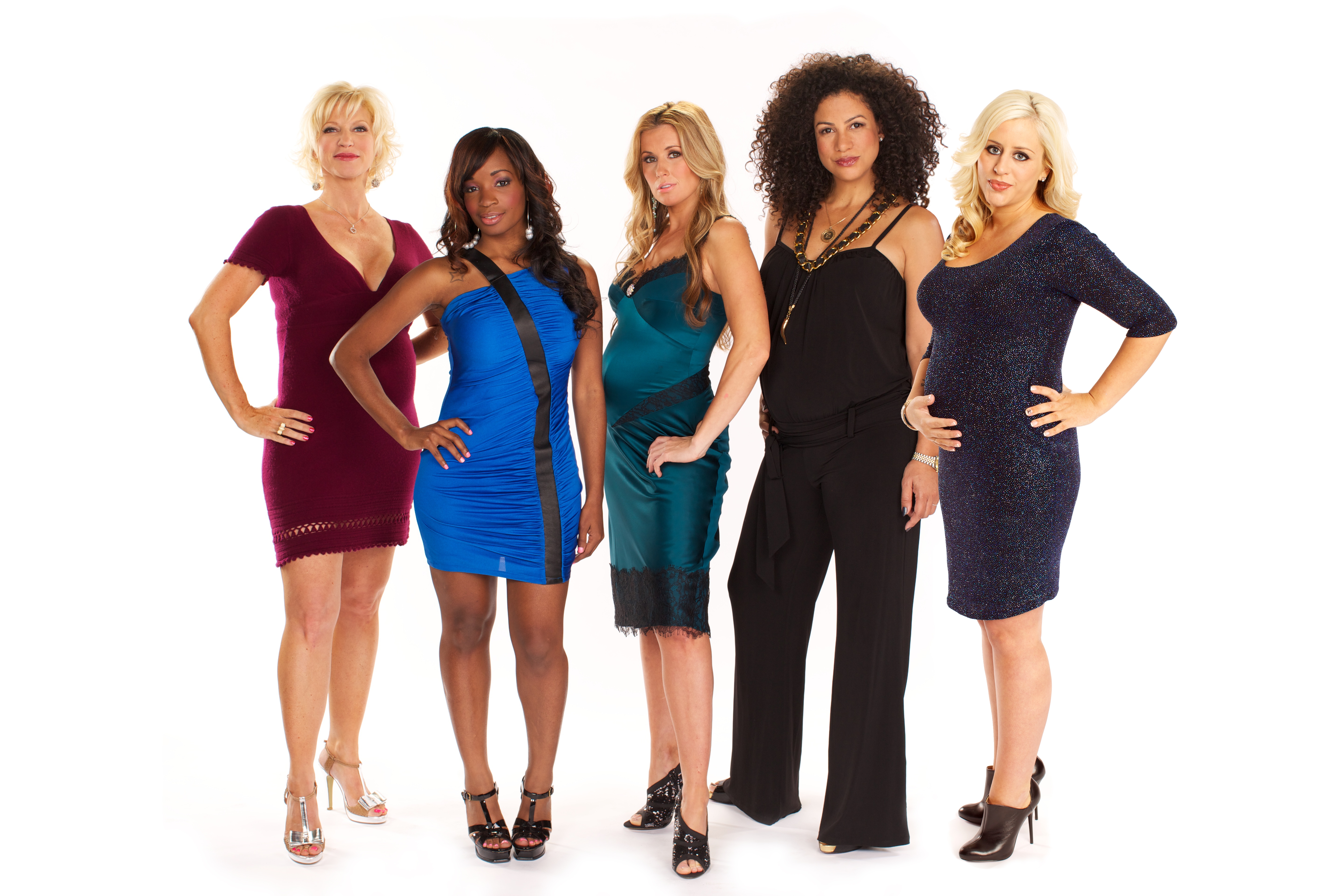 Melissa Meister: I started off as a model and commercial actress many years ago. And my best friend, Danny, who’s actually in the show, is an agent. He got the break down that they were looking for someone that was single and pregnant, and he actually called me and said, “You need to be somewhere in two hours.”  And I said, “I’m up for it.”  So I went and I actually got on tape and they called me that night and said they wanted me to participate. I thought it would be a great experience. And it just falls in line with all the things I’ve done in my life already.

SK: Tell us what to expect in this first season. You’re eight months pregnant in the series premiere, so how much are we going to see the baby on the show? How is that going to affect your dating life even more? Is it harder with a baby or being pregnant? Give us the scoop.

MM: I believe that there is a little epilogue at the end with my son, Arrow, since I did have him at the beginning of the year in January. So I do believe that there is a segment in that. As far as having the baby now, he’s an asset to my life, like I expected. He’s fantastic. And my life is so much more full. I was adopted, so having Arrow is like my first real, blood family member, even though I was adopted into an amazing family, so for me, having a baby has just been fulfilling in just so many ways. I’m really excited to have him, and then the dating aspect, you mean after pregnancy? 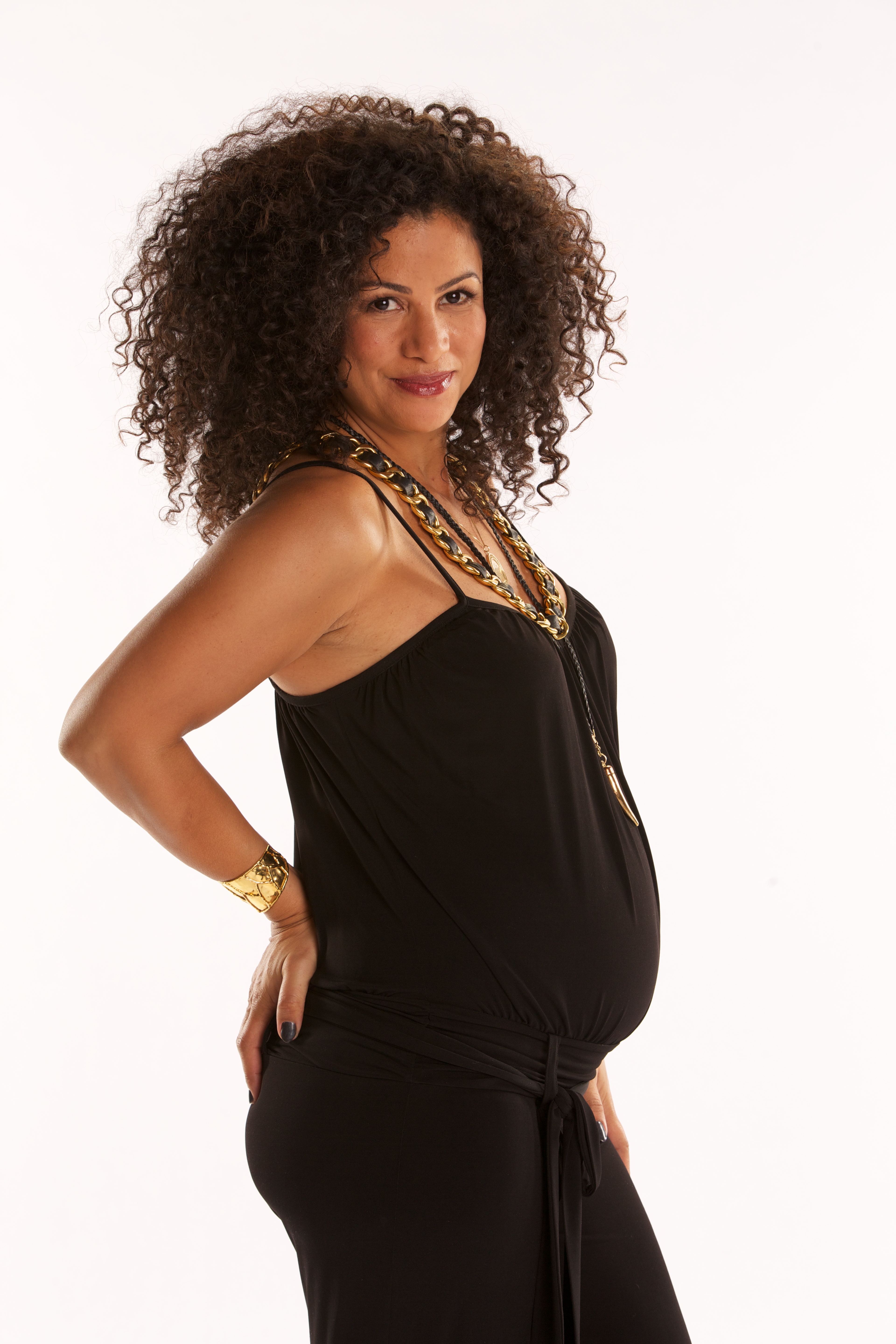 MM: Well, I would definitely say that the first few weeks were not dating material after I had him, because I was just kind of figuring it out. As I mentioned in the show, I had confidence that I had never experienced before being pregnant even though my body was doing weird things. I had indigestion. I was getting fat in the face. And my body was changing. I couldn’t wear shoes after awhile because my feet were so wide, but I’ve never been confident and felt more beautiful and secure about who I was as a woman, ever.

SK: So are we going to see you find Prince Charming during the first season, or are you going to have to kiss a lot of frogs?

MM: There’s definitely a few frogs. But there is definitely someone that I have chemistry with. And you will have to have to watch to find out what happens there.

SK: Have you received any judgment when you told people you were going to be on the show? What were people’s reactions?

MM: Oh, definitely. When we did a radio show the other night, it was funny. The men are the ones that actually have the opinion about it. And it’s quite interesting. Because the men are the ones usually that decided not to be with their children or follow through or whatever it may be but they have such strong opinions on these pregnant ladies, or myself, going out and being pregnant and dating. The women, I think, are having a completely different feeling about it. And when I say I want to be the new modern mom, I want to get rid of the stigma of “you should just be sitting home.”  You know, my boyfriend decided to get into another relationship while I was pregnant but that seems to be socially acceptable. Why is it not socially acceptable for me to continue to move forward and make myself look gorgeous and meet people and have interesting conversations? And feel good, because ultimately that brought good energy to my baby rather than worrying and stressing. You know, am I going to be a single mom and everyone’s too embarrassed to say it? No, I’m proud I’m pregnant and this is who I am.

SK: Is there anything else you want your fans or our readers to know about the show or just you in general?

MM: I just think that there’s just so much more besides just dating. I think the title is very catchy and provocative, like I said. But there’s so much more that we offer in our lives as pregnant women. Our stories on how we got pregnant are all different. Each one of us has a different path of how we actually became pregnant and single, and that’s very interesting in itself.

Watch the trailer for Pregnant & Dating and don’t forget to tune in for the first episode on Friday, May 31!

Check out other shows coming out this summer…

22 mins ago
by Kay Snowden

29 mins ago
by Kay Snowden