Think something is a bit… different with Lindsay Bluth on the new season of Arrested Development? Boston-based plastic surgeon Dr. Jeffrey Spiegel weighs in on whether or not Portia de Rossi opted for plastic surgery. 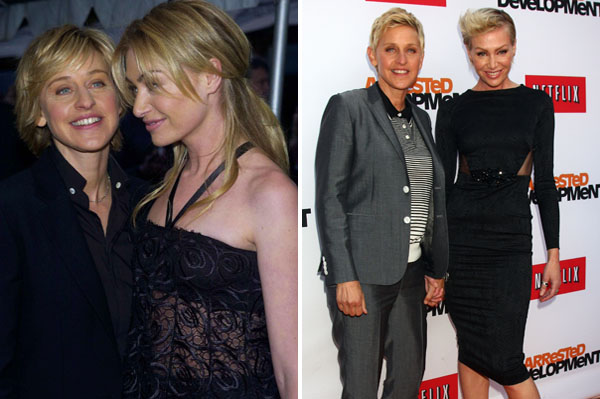 Arrested Development made its long-awaited debut on Netflix over the weekend, but all fans want to talk about what how different Portia de Rossi looks since the last time we caught up with the Bluths.

“Was I the only one who spent the first two minutes of that episode Googling whether that was actually Portia de Rossi playing Lindsay Bluth?” one fan tweeted.

Portia de Rossi and Ellen DeGeneres have horse, not kids >>

“I’ve never been so bummed out by plastic surgery until I saw Lindsay Bluth 2.0,” another added.

But did Ellen DeGeneres’ wife go under the knife? We turned to Dr. Jeffrey Spiegel, a Boston-based facial plastic surgeon, to get his opinion.

“I’m a big fan of Arrested Development and was certainly surprised to see how different Ms. de Rossi looked in the newest episodes,” Dr. Spiegel, who has not treated de Rossi, told SheKnows. “Most significantly she’s had her nose operated on. Her nose used to distinctively point downwards, but now has a perky upturned tip.”

Dr. Spiegel doesn’t think that’s all she’s had done, though.

“Her hairline appears somewhat higher, suggesting a brow lift,” he continued, adding that it looks like she’s had lower eyelid work and fillers injected into her cheeks and lips.

“Her forehead was overly smooth and immobile, suggesting poorly done Botox, for while there were no wrinkles, a better injection technique could have left her with some normal motion,” Dr. Spiegel said.

The 40-year-old actress credits her youthful appearance to her fashion sense.

“People do think I look younger than I am because I dress like a teenager,” de Rossi told People in April. “The one thing I don’t wanna do is chase what I looked like at 20.”

We can’t say for sure if it’s surgery or if she just lucked out with her DNA, but Dr. Spiegel says it’s easy for celebrities to have surgery away from the prying eyes of the paparazzi.

“It’s easy enough to come in and out of a surgeon’s office without being noticed, particularly if your office has a back door for those desiring more privacy, as mine does,” he told SheKnows. “Often, too, celebrities will leave Hollywood for their surgery and go somewhere with less paparazzi attention, such as Boston.”

“The scar from an open rhinoplasty is so small that it would not be readily seen on television or in a photograph,” he says. “Commonly, it heals so well that eventually it’s even hard for the surgeon to find it.”

All we know for sure is that de Rossi looks damn good — and DeGeneres is one lucky woman!

Do you think Portia de Rossi had some work done? Sound off in the comments below!