Miranda Lambert breaks down during the Healing in the Heartland benefit concert while singing to raise awareness of the animals affected by the tragedy. 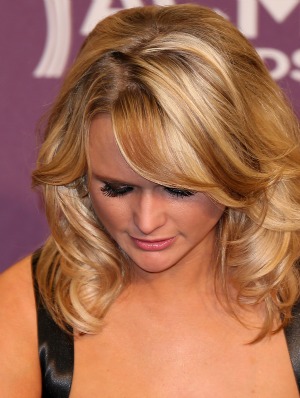 out the victims of last week’s devastating tornadoes in Oklahoma. Country singer Blake Shelton, along with his wife Miranda Lambert, started putting together the event immediately after hearing about the tragedy in their home state. The devastation left by the tornado included 24 lives lost, nearly 4,000 homes and businesses damaged and more than 1,200 buildings completely destroyed.

The concert, called Healing in the Heartland: Relief Benefit Concert, featured performances by Shelton and Lambert as well as appearances by stars such as Reba, Vince Gill, Usher and more. Tickets for the event were sold through Ticketmaster for those who were local and NBC aired the show live on the East Coast beginning at 9 p.m. EST, with its sister channels CMT, G4, Bravo, Style and E! broadcasting the show via tape delay.

People were encouraged to help the Oklahoma victims by donating money to The United Way through their Facebook page all day yesterday, as well as during the concert.

Lambert took to the stage during the show to bring awareness to the animals affected by the tornado. She sang “The House That Built Me,” and it was clear just how much emotion she was feeling as she started the song. Choking up partway through the song, Lambert finally asked the audience to help out by singing along with her. She powered through and finished the song with tears in her eyes that were matched by those in the audience.

Check out the video below and if you can get through it with a dry eye, then you’re made of stronger stuff than we are.