Despite her young age, Taylor Swift is one of the top in her game. But after making the transition from country to pop, will she still be accepted by the world that made her famous? 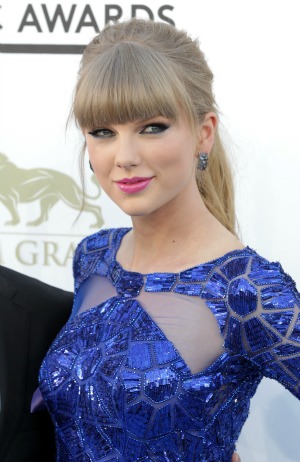 When Taylor Swift moved to Nashville at age 14 to try her hand in the world of music, it was for the sound of country the city is so known for.

Her first album was released in 2006 and propelled her to the top of the country charts, and she was considered a country artist through and through.

However, over the years, she has ventured a little more into the pop world with each album. With her 2012 release, Red, it was obvious she had finally made her full transition. Although it still has sounds of her country past, Swift is now a mainstay on the pop charts.

But for the singer, it seems she feels this may be where she belonged all along. Time magazine asked her about the new pop sound on Red.

Get the look: Southern glam >>

“For my last album, I wrote every song by myself and used the same producer I’ve always worked with. Writing by myself became a comfort zone,” Swift told Dan Macsai with Time. “So with this one, I really wanted to push myself. I called the people that I’ve always wanted to work with — my production, songwriting, artist heroes — and said hey, do you want to get in the studio and work together and make something different. Track to track, there’s nothing similar about anything on this record, and that’s what makes it so exciting.”

Although she is now considered a full-fledged pop star, the country world still holds a place for Swift. Other country stars, like Shania Twain and Faith Hill, have also made the transition successfully, and were still accepted back into country society. The problem is that it’s not exactly apparent if Swift actually wants to go back to that world.

She will be performing at the 2013 CMT Music Awards on June 5, and will likely be accepted by all there. But you can’t help but wonder if people really still consider her in their genre.

However, it sounds like the 23-year-old singer gave up on worrying what those people thought long ago.

“Almost every time I put something out, there’s the word ‘too’ put in front of what it is — too pop or too country or too rock,” Swift told Macsai. “I had a song last year called ‘Mean’ — we were lucky enough to win two Grammys with it — and I remember reading a few articles that said it was too bluegrass. So I kinda stopped worrying about it. I’d rather be too something than not enough something.”