Disney’s set its sights on the sky for Planes. The animated adventure hits theaters in August and features an all-star cast. Check out the newest trailer, which is filled with funny moments. 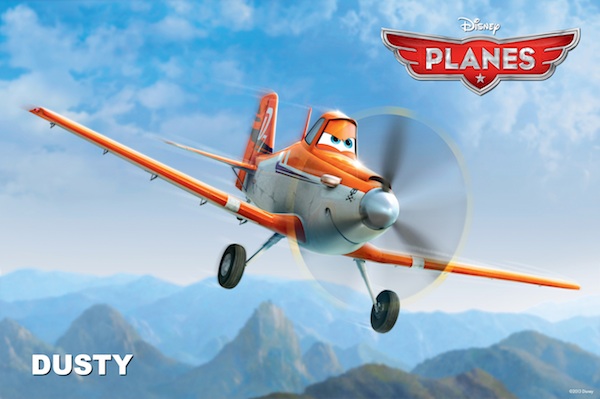 Disney has released a new trailer for this summer’s Planes. Remember the fantastic world you were introduced to in Cars? Well, it’s back, but this time it’s up a notch.

Disney’s Planes centers on the first-ever crop duster to enter a high-flying race. His name is Dusty (Dane Cook) and his slow nature isn’t his only obstacle. He’d loved to compete but has a fear of heights. Yes, we’re aware of the irony.

An older, wiser plane takes him under its wing to shake his phobia. Dusty has to get some pep in his step if he wants to be the champ. The competition is fierce and he has to train hard. Like his coach says, “It ain’t how fast you fly, it’s how you fly fast.”

The hidden gems in Brave, Up and other Disney-Pixar films >>

Check out the latest trailer below:

Planes opens in theaters Aug. 9. but won’t be the only animated film debuting this summer. It will get stiff competition from studio-mate Monsters University, Universal’s Despicable Me 2, and Dreamworks’ Turbo.

What do you think of the new trailer for Disney’s Planes?