Neil Patrick Harris has become the go-to guy for hosting. He’s not only doing June’s Tony Awards, he will also be helming the Emmy Awards on CBS. 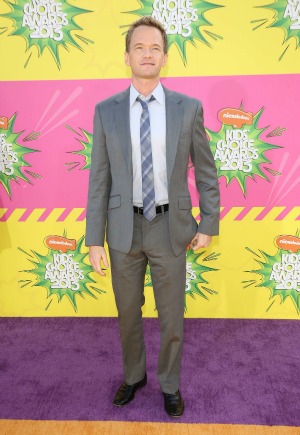 Actor Neil Patrick Harris is clearly the teacher’s pet over at CBS. On Wednesday, the network announced that the How I Met Your Mother star will host the 65th Primetime Emmy Awards. Harris hosted the television awards show in 2009, and studio executives definitely know what they like in a host.

Nina Tassler, CBS entertainment president, said in a statement, “Neil is the quintessential host — engaging, entertaining and a true showman — with a passion for celebrating the medium we all love. We’re thrilled for him to return for CBS’s broadcast of the Emmy Awards.”

In addition to his fall hosting duties, NPH is slated to helm the Tony Awards for a fourth time on June 9 for the same network. This will mark the second time the father of two has hosted both shows in the same year.

In fact, he’s so good at getting up on that stage that the former Doogie Howser star has won two Emmys for his 2009 and 2011 gigs at the Tonys. Talk about confusion at the awards show — an Emmy for the Tonys.

Harris is quite pleased to be returning to both shows and demonstrated his goofy humor in a press release.

He quipped, “I couldn’t be more honored and excited to be hosting this year’s Emmy Awards. And what perfect timing — I’ll just do the exact same script I’m about to use for the Tonys. ‘And the Emmy for Best Revival of a Musical goes to Breaking Bad!’ See, told you it works.”

NPH has become known to audiences for his witty musical numbers that are often plugged into the end of the show. He works with his writers to create a rap or a song that features all of the winners from the evening. It’s no wonder he keeps getting asked back.

With his sitcom heading into its final season in the fall and his contract with CBS up in 2014, it does raise the obvious question in awards show audiences’ minds. Will Harris finally host the Oscars on ABC?